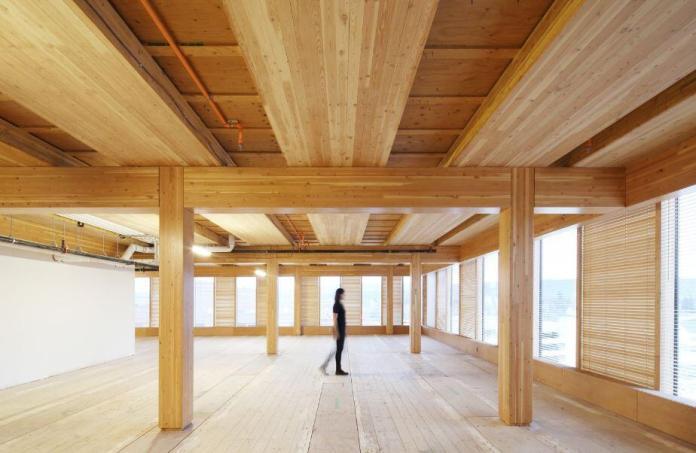 A wide range of derived wood products are obtained by binding and fixing of wood particles, boards, veneers, fibres, or strands with adhesives or other mechanical means to form composites. The reconstituted wood products derived using such means are generally referred to as engineered wood products (EWPs). There are different types of engineered wood products such as plywood, particleboard, laminated timber, finger joints, cross-laminated timber, etc. In the field of civil engineering, EWPs have been used in construction for over 40 years. Glued laminated timber (glulam), connected plated trusses, finger joints, plywood, mechanically and adhesive bonded web beams, etc have all found useful applications in structural engineering for a long period of time.

Engineered wood products are increasingly becoming important in the field of structural engineering. Over the last decade, high rise timber structures have been constructed in different parts of the world as a result of improved engineered wood products. Moreover, timber has been identified as the most environmentally friendly construction material when compared with steel and concrete. According to Structural Timber Engineering Bulletin, there have been significant developments in the range of EWPs for structural applications with materials such as laminated veneer lumber (LVL), parallel strand lumber (PSL), laminated strand lumber (LSL), prefabricated I-beams, metal web joists and ‘massive’ or cross-laminated timber (CLT) becoming more widely available.

According to Tupenaite et al (2019), the most popular engineered timber products used in high-rise timber buildings are produced based on laminating and gluing. The examples of such products are;

Glued Laminated Timber (glulam)
Glued laminated timber (glulam) is a structural member made by gluing together a number of graded timber laminations with their grain parallel to the longitudinal axis of the section. Glulam is the oldest glued structural product (over 100 years). It is generally composed of lumber layers (2×3 to 2×12), planed and pre-finger-jointed, and then bonded together with moisture- resistant structural adhesives longitudinally. Members can be straight or curved, horizontally or vertically laminated and can be used to create a variety of structural forms (see figure below).

Laminations are typically 25mm or 45mm thick but smaller laminations may be necessary where tightly curved or vertically laminated sections are required. The requirements for the manufacture of glulam are contained in product standard BS EN 14080: 2013.

Cross Laminated Timber (CLT)
Cross laminated timber (CLT) is a structural timber product with a minimum of three cross-bonded layers of timber, of thickness 6mm to 45mm, strength graded to BS EN 14081-1:2005 and glued together in a press which applies pressure over the entire surface area of the panel. CLT was developed around 15 years ago in Central Europe and is made up of a solid engineered wood panel, made up of cross angled timber boards which are glued together.

CLT panels typically have an odd number of layers (3,5,7,9) which may be of differing thicknesses but which are arranged symmetrically around the middle layer with adjacent layers having their grain direction at right angles to one another .

The structural benefits of CLT over conventional softwood wall framing and joisted floor constructions, include:

CLT can be used in floor slabs, roofs, beams, columns, load bearing walls, and shear walls. Length up to 20m can be pproduced, with thickness ranging from 50 – 300 mm. Width of up to 4800 mm can be achieved with CLT.

Laminated veneer lumber (LVL)
Laminated veneer lumber (LVL) is a structural member manufactured by bonding together thin vertical softwood veneers with their grain parallel to the longitudinal axis of the section, under heat and pressure. In some cases cross grain veneers are incorporated to improve dimensional stability. LVL is a type of structural composite lumber. Due to its composite nature, it is much less likely than conventional lumber to warp, twist, bow, or shrink, and has higher allowable stress compared to glulam.

LVL is often used for high load applications to resist either flexural or axial loads or a combination of both. It can provide both panels and beam/column elements. It can be used for beams, walls, other structures and forming of edges.

The requirements for LVL are contained in product standard BS EN 14374:2004