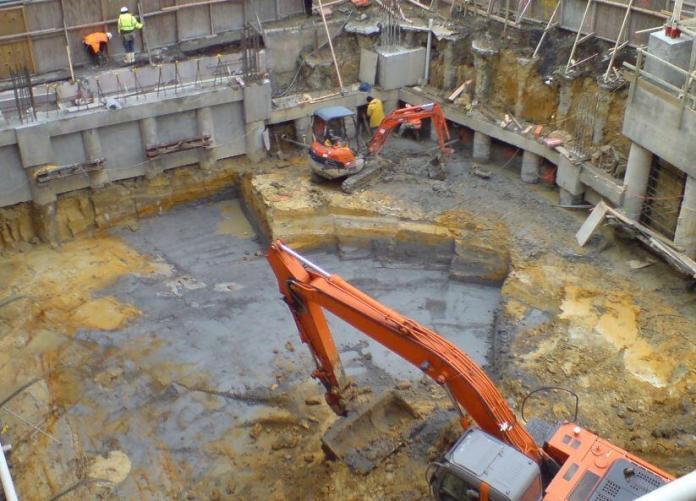 When a saturated clay is subjected to external pressure, the pressure is initially taken up by the water in the pores thereby leading to excess pore water pressure. If drainage is permitted in the system, a hydraulic gradient is developed and the excess water begins to flow out of the soil mass. As water dissipates from the system, the pressure gradually gets transferred to the soil skeleton (soil grain) and they begin to rearrange and compress until the water is completely dissipated from the soil. This process continues until the entire pressure is transferred to the soil grains. This process is known as consolidation and occurs in cohesive soils only. Pore water dissipation in granular soil is immediate.

Consolidation can occur in a soil mass for a lot of reasons such as;

Overconsolidation can occur in clays due to reasons such as;

Clay soils in their natural state have memory of the magnitude of the highest pressure they have experienced in the past. This memory is locked in the soil structure and can only be broken when the clay is remoulded or reconstituted at a moisture content that is equal to or greater than the liquid limit.

The stress-strain curve of an overconsolidated clay is likely to exhibit more elastic behaviour when compared with the stress-strain curve of a normally consolidated clay. Since a normally consolidated clay is experiencing the maximum pressure of its history, it is more likely to get compressed without recovery (plastic recovery) when subjected to additional external pressure in their natural state. This is not the same for overconsolidated soils which will exhibit elastic behaviour whenever an external pressure that is less than what they have experienced in the past is placed and removed.