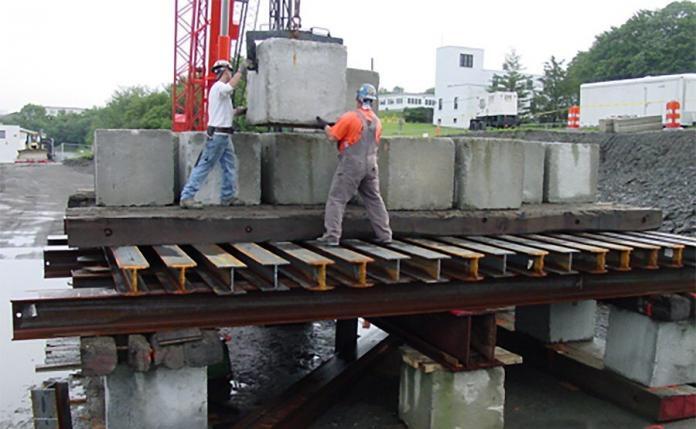 Pile foundations are slender structures used to transmit superstructure load to firmer sub-soil stratum beneath the natural ground surface. They can also be used for other purposes such as resisting heavy lateral forces, compaction of soils (compaction piles), avoiding excessive settlement, etc. Due to their importance in civil engineering structures, piles are usually subjected to tests such as pile load tests and pile integrity tests before they are loaded. These two tests are completely different and are sometimes confused for one another, even though they do not serve the same purpose. This article aims to highlight the difference between these two tests.

Generically, pile load test can be described as a reliable method of pile foundation design which involves loading constructed piles on-site to determine their load-carrying capacity. A pile load test involves applying increments of static loads to a test pile and measuring the settlement. The load is usually jacked onto the pile using either a large deadweight or a beam connected to two uplift anchor piles to supply reaction for the jack. Generally, an installed pile, weights, deflection gauge, hydraulic jack, and load indicator are required for a pile load test.

Loading of test piles is usually applied in increments of 25% of the total test load which should be 200% of the proposed design load. After the load test, the load-settlement curve is plotted and the failure load determined. Eurocode 7 permits three different methods for the design of pile foundations which are;

It is important that the validity of static load test be checked using calculations.

Pile integrity test (PIT) is a non-destructive method of testing of piles that is used for qualitative evaluation of the physical dimensions, continuity, and consistency of materials in a bored (cast in-situ) pile. This test is very important for quality control and quality assurance of piles at great depth.

The three most common methods of carrying out pile integrity tests are;

In the low-strain impact integrity testing, the head of the pile shaft is subjected to impact using a tool like a simple hammer and the response is determined using a high precision transducer. The transducer can either be an accelerator, or a velocity sensor. Low-strain pile integrity tests can provide information such as embedment length, changes in cross-section (such as bulging), discontinuity (such as voids), and consistency of pile materials (such as soil inclusion and segregation). However, it cannot provide information such as bearing capacity and cannot be applied to pile caps.

Therefore, pile load test and pile integrity tests should be carried out as soon as piling jobs are concluded on site before the next stage of the construction commences.