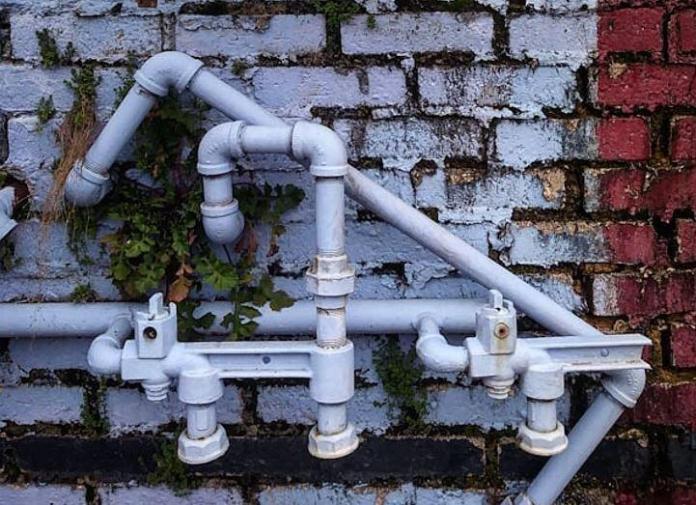 To worsen the case, the use of substandard construction materials such as low-quality pipes which deteriorates quickly has not helped. As a result, a lot of leakages occur in the plumbing system of such defective houses, soaking the walls, and making the building uninhabitable. Thus, this article discusses piping methods and recommends the best approach to help reduce building maintenance costs and prevent deterioration and eventual building collapse.

These piping methods are discussed in detail below.

However, surface piping usually needs to be more aesthetically pleasing and appealing. Thus, running pipes on the surface of buildings are often undesirable because they significantly affect building appearance. However, in instances where pipes or joints leak, they are so easy to detect, repair, or replace without affecting the building or breaking the walls.

Surface pipes can also run through openings created in walls. These openings are of small sizes, generally ranging between ½ to 6 inches. Thus, surface piping involves minor demolition and has negligible impact on the structural system, structural integrity, and performance of a building, especially when it is a frame structure. However, surface pipes deteriorate quickly due to exposure to adverse weather conditions, leading to increased maintenance costs.

Another critical thing to note is that surface pipes can move within openings when fluids flow through them. This is because the fluids’ forces can cause the movement of pipes. Similarly, thermal expansion and contraction are possible, especially in PVC pipes. Thus, openings for surface pipes can be opened up even when they are caulked.

In most cases, conduit piping involves running pipes across the length of structural members or through them. Consequently, this reduces the load-carrying capacity of such members and the formation of honeycombs, especially around the pipes. Therefore, conduit piping has a higher probability of affecting the structural system, structural integrity, and building performance. However, with BIM and technical coordination, building services can be integrated during the design stage and most potential issues can be identified and resolved.

Unlike surface piping, conduit piping can lead to significant demolitions, especially in cases of afterthoughts. Furthermore, drilling, cutting or breaking of walls or structural members induces vibrations that can affect such members’ structural stability and integrity. Lastly, it may be challenging to conduct maintenance works on concealed pipes. Thus, leakage is a significant concern because it can result in the corrosion of reinforcements and affect the durability of building components.

Duct piping is the new normal for modern building constructions. Duct piping is the best practice, and it solves all the challenges with surface and conduit piping methods. For duct piping, an architect working on a building design provides ducts, usually small spaces that run vertically through all the floors, to receive and house MEP services, including plumbing pipes. Thus, the probability of installing pipes due to afterthoughts is significantly reduced.

The advantages of duct piping cannot be overstated. It is a cost-effective method with less concern for leakage and maintenance. In addition, duct piping encourages durability, as plumbing pipes are shielded from adverse weather conditions, and it also improves the physical appearance of a building.

It is one thing to provide ducts in building structures, while it is another to do it right. The best practices for duct piping are listed below.

It is time we recognized that the conduit and surface piping methods had done more harm than good to buildings. Arguably, they have also increased the cost of maintenance of buildings. Conduit and surface piping have worked effectively in the past, but it seems that they no longer work in this age because a lot has changed in terms of the quality and durability of building materials.

The duct method of piping is the way forward. It is for our good and that of our clients if we eliminate the methods that affect building structures’ durability, performance, and structural integrity. With duct piping, we can be sure of reducing building maintenance costs and saving buildings from deterioration and eventual collapse.

The Cost of Fencing One Plot of Land in Nigeria