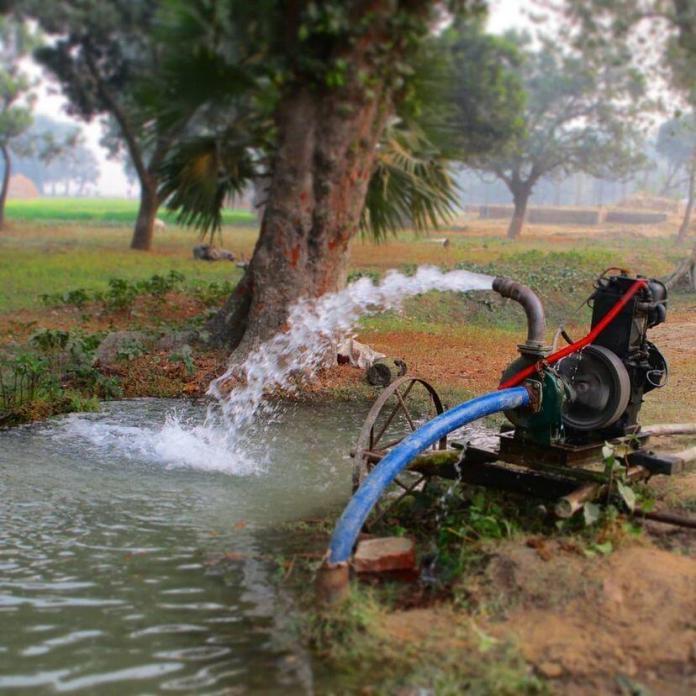 Groundwater lowering operations may have an impact on water levels in a large area, even some distance away from the actual construction site. Although this usually doesn’t result in problems, there are some situations where unfavourable side effects such as subsidence could occur.

The following effects are covered in this article:

Artificial groundwater recharge systems can be used to mitigate some of the negative consequences of groundwater lowering.

Settlement due to groundwater lowering

Every groundwater reduction operation will inevitably result in ground settlements. Most of the time, the settlements are so small that surrounding buildings show no distortion or damage. On occasion, however, settlements may be significant enough to cause structures to deform or stress in a detrimental way. This can range from modest architectural finish cracking to serious structural damage. In extreme circumstances, these effects have impacted numerous structures and have spread out hundreds of metres from the construction site itself.

A pre-construction building condition survey must be performed whenever there is any possibility that groundwater lowering (or any other construction operation) may cause ground settlements beneath existing structures. The objective of this activity often referred to as a dilapidation study, is to document the existing condition of any structures that may be impacted by settlement.

1 Settlement resulting from the instability of excavations when groundwater is not adequately controlled.
2 Settlement caused by loss of fines.
3 Settlement induced by increases in effective stress.

Settlement due to poorly controlled groundwater

Uncontrolled seepages, groundwater “blow,” and unstable excavations could result from inadequate groundwater lowering control. These issues could be the result of a number of factors, including a failure to recognise the importance of groundwater control, an improper attempt to cut costs by reducing or eliminating groundwater control from temporary works, a lack of standby or backup facilities to prevent pumping interruptions, and ground or groundwater conditions that were not taken into account during the site investigation or design or detected by construction monitoring.

Soil material will be washed into the excavation if there is a sudden “blow” or failure of the excavation. This has the potential to produce expansive settlements near the excavation that are unpredictable and far greater than the stress settlements linked to successful groundwater control. Any structures in the vicinity of the uncontrolled settlements are probably going to sustain significant damage.

Settlement due to loss of fines

A phenomenon known as “loss of fines” can cause settlement if a groundwater lowering system continuously pumps “fines” (particles the size of silt and sand) in the discharge water. In the early phases of pumping, most dewatering systems will pump fines as a more permeable zone forms around the well or sump.

However, if fines are pumped for an extended length of time, the removal of particles would loosen the soil and could result in the formation of subsurface erosion channels (sometimes referred to as “pipes”). Ground movements and settlement may be caused by compaction of the loosening soil or by the collapse of such erosion channels.

Continuous pumping of fines is not normally a problem with wellpoints, deep wells or ejectors, provided that adequate filter packs have been installed and monitored for fines in their discharge. Occasionally, a sand pumping well may be encountered, perhaps caused by a cracked screen or poor installation techniques. Such wells should be taken out of service immediately.

Sump pumping is the technique that results in fines being lost most frequently. This is due to the frequent neglect of installing sufficient filters surrounding sump pumps, which causes fine soil particles to become mobile as groundwater is pulled towards the pump.

Powers (1985) outlines the different types of soil where sump pumping should be avoided. These consist of:

Even the best-engineered sump pumping systems may experience issues with various types of soil. A method of groundwater lowering employing wells (wellpoints, deep wells, or ejectors) with properly designed and installed filters should be seriously considered.

Settlement due to increases in effective stress

As groundwater levels drop, pore water pressures naturally drop as well, increasing effective stress. The soil layer will compress as a result, resulting in ground settlements. The vast majority of the time, however, the effective stress settlements are so negligible that no harm is done to neighbouring structures.

Settlements caused by groundwater lowering will generally increase with time and will be greatest at the end of the period of pumping.