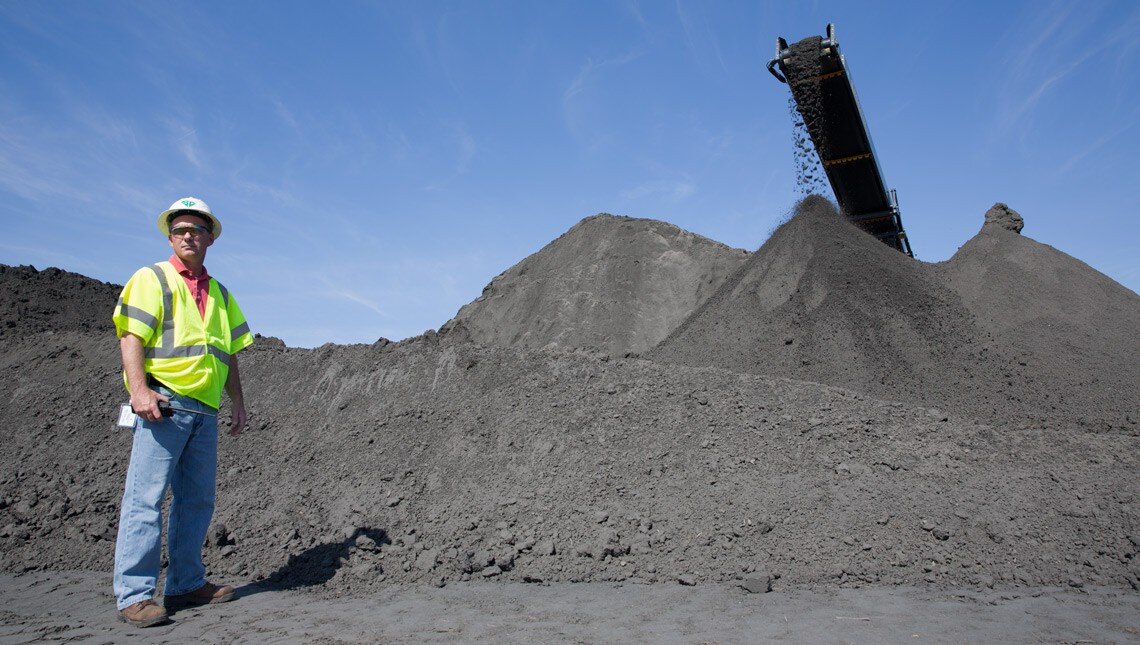 Some basic examples of cement replacement materials are;

It is important to note that while fly ash, GGBS, silica fume, and limestone fines are industrial wastes, rice husk ash, palm oil fuel ash, and sugarcane bagasse ash are agricultural wastes. The use of so many other agro-wastes has also been investigated by researchers. The utilisation of these wastes in the production of concrete can reduce the carbon footprint associated with the construction industry, and at the same time help to solve the problems of waste disposal.

To varying degrees, these substitutes can be used in the partial replacement of cement due to the fact they can hydrate and cure like portland cement. Furthermore, they are “pozzolans,” which provide silica that reacts with hydrated lime, an unwanted by-product of concrete curing. While industrial byproducts are directly used as substitutes of cement, the agricultural wastes are usually burned in a controlled environment/temperature and ground finely before the ash can be used as a pozzolan.

If the silica, aluminum, and iron oxides obtained after burning the agricultural wastes are not up to 70%, the material will not function properly as a cement substitute. These are some of the drawbacks of using agricultural wastes. Furthermore, it is usually challenging to obtain a large quantity of agricultural wastes that can be used to execute a large-scale project when compared with industrials wastes.

Fly ash is a fine powder derived by burning pulverised coal with or without other combustion materials. It contains pozzolanic properties and consists mainly of aluminum oxide (Al203) and silicon oxide (SiO2). Typically, it is obtained as a byproduct of the combustion of coal from power stations. The ‘ash’ is recovered from the gases and used, amongst other functions, as a cement substitute. Fly ash can only be used as a partial replacement for cement because it relies on the water and lime from the cement to hydrate as part of the overall chemical reaction.

The use of fly ash offers beneficial properties to fresh and hardened concrete. It improves the workability of fresh concrete, the strength, and durability of hardened concrete. Furthermore, it is cost-effective and reduces the quantity of cement required for construction.  Typically, 15 percent to 30 percent of the portland cement is replaced with fly ash, with even higher percentages used for mass concrete placements. To achieve this, an equivalent or greater weight of fly ash is substituted for the cement removed.

In a 2017 study published in India, the following are the results of partial replacement of cement with fly ash;

Ground-granulated blast-furnace slag (GGBS) is obtained by quenching molten iron slag (a by-product of iron and steel-making) from a blast furnace in water or steam, to produce a glassy, granular product that is then dried and ground into a fine powder. GGBS has off-white or near-white color and it exhibits excellent cementitious property when finely ground and combined with Portland cement.

Essentially, GGBS comprises silicates and alumina silicates of calcium and other bases that are manufactured in a blast furnace under molten conditions simultaneously with the iron. The chemical composition of oxides in GGBS is similar to that of Portland cement, but the proportion varies.

The fineness of GGBS is a very important parameter when it is to be used in concrete production. This is measured by the specific surface area, and it controls the reactivity of GGBS with cement. Generally, increased fineness of GGBS results in better strength development, but in practice, fineness is limited by economic and performance considerations and factors such as setting times and shrinkage.

In a study carried out in the UK in the year 2017 on the strength development of concrete produced with GGBS, three environmental curing conditions were simulated in the laboratory;

From the study, the 28-day compressive strength of concrete produced with GGBS are given below;

As can be seen from the research result, the maximum 28-day compressive strength was obtained at 30% partial replacement of cement with GGBS under normal temperature curing conditions. In another study carried out by Vinayak and Nagendra (2014), the maximum compressive strength of grade 20 concrete was achieved at 30% of GGBS replacement of cement.

However, the negative effect of GGBS replacement on mechanical strength has been observed very noticeably for 60 % and 80 % replacement. For all days, the compressive strength of cement mortar was observed to decrease severely at early ages with the increased replacement levels of GGBS in cement.

Silica fume is an ultrafine powder collected as a by-product of silicon and ferrosilicon alloy production. The raw materials are coal, quartz, and woodchips. It is basically an amorphous (non-crystalline) polymorph of silicon dioxide, silica.

Silica fumes consist of spherical particles with an average particle diameter of 150 nm. The surface area of silica fume particles is about six times that of cement because they are finer than cement. As a pozzolan and filler material, it can improve the strength and durability of hardened concrete. Due to the high surface area and high content of amorphous silica in silica fume, this highly active pozzolana reacts more quickly than ordinary pozzolans.

Many experiments have shown that the addition of silica fume to concrete increases the compressive strength of concrete by between 30% and 100% depending on the type of cement, type of mix, use of plasticizers, amount of silica fume, aggregates type, and curing regimes.

In a 2012 study carried out in India, the effects of silica fume on the 7-days and 28-days compressive strength of concrete are shown in the table below;

Due to economic considerations, the use of silica fume is generally limited to high strength concretes or concretes in aggressive environmental conditions. The most commonly used proportion of silica fume in the UK – produced combinations is 10% by mass of total cementitious content.

Limestone fines is a powder that is obtained from the processing of limestone in quarries. According to concrete.org.uk, there is uncertainty over whether limestone fines should be classified as a Type I (nearly inert as a filler aggregate) or Type II addition (with pozzolanic or latent hydraulic properties, for example, materials like fly ash and GGBS).

Limestone is less reactive than either fly ash or GGBS, but research shows that it can have slight reactivity as well as beneficial physical effects conferred by virtue of its fine particle size.

BS 7979:2016 gives guidance on the use of limestone fines with Portland Cement.

In the study of Lomboy et al (2016), the effect of limestone fines replacement of cement is shown below.

Limestone fines used to replace Type IP (with 25% fly ash) cement slightly improved (e.g., 5% to 10%) concrete compressive strength. However, the replacement for Type I (normal portland) cement decreased the compressive strength. This is likely due to the size of the limestone fines being complementary to the combination of cement and fly ash to improve packing on Type IP. In addition, there may be a chemical interaction between the fly ash in Type IP and limestone fines, which also facilitates concrete strength gain.

Rice husk ash (RHA) is one of the promising pozzolanic materials that can be blended with Portland cement for the production of durable concrete. Under controlled burning, and if sufficiently ground, the ash that is produced can be used as a cement replacement material in concrete.

In a 2009 study carried out in Nigeria, the effects of partial replacement of concrete with RHA is shown below;

Palm oil fuel ash (POFA) is a by-product obtained during the burning of waste materials such as palm kernel shell, palm oil fiber, and palm oil husk. They are usually generated from biomass power plants, where palm oil residues such as fibers, shells, and empty fruit bunches are burned to generate electricity. The ash can be utilized to partially replace cement in a concrete mix due to its pozzolanic properties.

In a 2017 study carried out in Thailand, the effects of POFA on the compressive strength of concrete using water/binder ratio of 0.4 is shown the table below;

From the study, it can be seen that the replacement of POFA in OPC at 15 and 35% by weight of binder had strengths of 94–80% of the control concrete at 28 and 90 days. In addition, the use of ground POFA in the concrete required slightly higher amounts of superplasticizer than those required by the control concrete.

Sugarcane bagasse is an agricultural waste that can be transformed to a pozzolan by burning it in a controlled environment and grinding it finely into a cement replacement material for various cementing purposes.

Ina 2017 study carried out in Malaysia, the effect of sugarcane bagasse ash on the compressive strength of concrete is given in the table below;

From the research result it can be seen that the optimum replace of cement with sugarcane bagasse ash in concrete is 5%.

Properties of Bamboo as a Structural Member in Construction