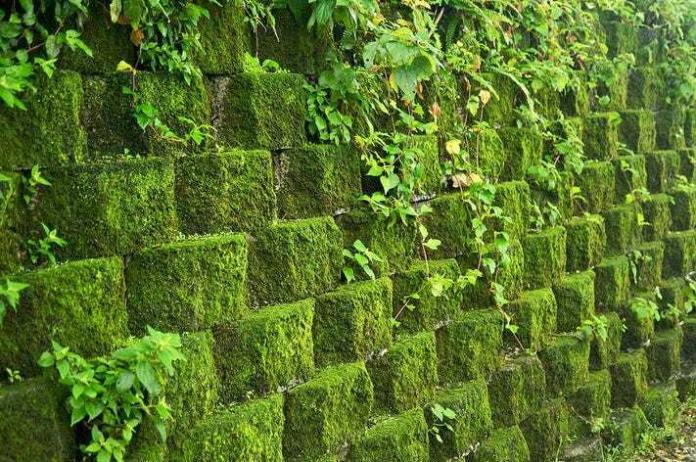 Bioreceptivity is defined as the ability of a material to be colonised by one or more groups of living organisms without necessarily undergoing biodeterioration. By implication, a bioreceptive concrete should support and sustain biological growth without experiencing loss in strength or durability. The use of bioreceptive facades has been suggested as a promising cost-effective solution for combating the loss of green areas due to urbanisation.

In nature, bioreceptive surfaces are characterised by the presence of several stress-tolerant micro-organisms such as bacteria, algae, fungi, lichen, and mosses, which together will form biofilms. According to researchers from the Delft University of Technology, Netherlands, these micro-organisms despite being stress-tolerant still require certain requirements to be met in the substrate before they can survive and thrive. The study was published by the Journal of Building Engineering (Elsevier).

Concrete has properties and features that are close to that of natural stones on which biofilms can form. However, normal concrete has limited or no capacity to support biological growth. Therefore, for concrete to be made bioreceptive, it has to be designed or developed by modifying or adding to its constituent properties. Therefore, the challenge of creating eco-friendly facades using bioreceptive concrete lies in the material itself. This has been the objective of numerous research works on bioreceptive concrete.

As highlighted earlier, one of the reported challenges of creating bioreceptive concrete is reducing the pH of the concrete. Some research works have used either magnesium phosphate cement or carbonation chambers to reduce the pH of their concrete samples. However, this has always proved to be an expensive solution due to the cost of magnesium phosphate. Researchers from Delft University of Technology however used the addition of blastfurnace slag to ordinary portland cement to reduce the pH. According to them, this a common additive in the concrete industry which reduces the pH of the resulting concrete through increased carbonation.

Furthermore, the use of surface retarders was used to achieve increased surface roughness, which the authors described as a commonly applied non-labour intensive procedure. Open porosity and high capillary water content was achieved by increasing the water to cement ratio of the concrete, such that when the hydration reaction is complete, excess pore water will evaporate thereby leaving more voids in the concrete. However, it is important to limit the water-cement ratio to 0.6 in order to not to have a compromised concrete mix in terms of strength. Additionally, crushed expanded clay was used to replace the large diameter aggregates in order to improve the porosity of the mix.

Instead of using phosphorus, the researchers investigated the use of cow bone ash which has been applied in several research works as a partial replacement for cement in concrete production. Cow bone ash contains calcium oxide (CaO) and phosphorus pentoxide (P2O5). The aim of the research work was to investigate the effects of these modifying factors on the bioreceptivity of concrete.

However, increasing the water to cement ratio did not have a significant effect on the bioreceptivity of the concrete. The research further suggested that it is not necessary to reduce the pH of the concrete to less than 10, since samples with pH more than 10 showed moderate to high biological growth.

Use of Lightweight Concrete in RC Design

Precast Lintels: A Cost and Time-Saving Solution in Construction