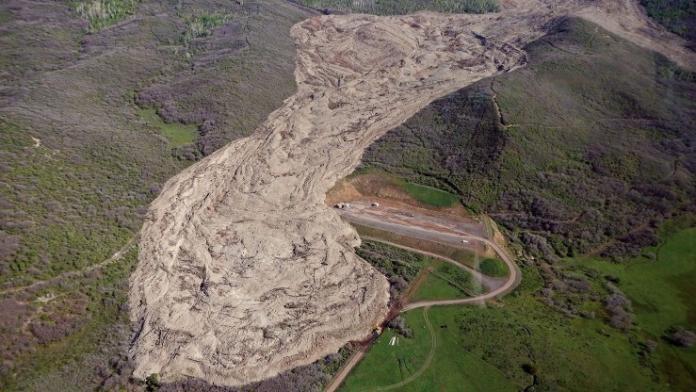 On September 28, 2018, a large earthquake of magnitude (Mw) 7.5 struck Sulawesi Island, Indonesia. A major cause of large fatalities from this event (more than 1,300 people missing who may be still buried under the mudflows) was large-scale mass movements of soil at Petobo, Balaroa, and Jono Oge regions [1]. Generally, the capital city of Palu of Central Sulawesi Province was devastated by cascading geological hazards – strong shaking due to the mainshock, triggered tsunamis, and large scale soil movement (flow-slide).

Sulawesi Island is located within a triple junction of the Australian, Philippine, and Sunda Plates, and is heavily affected by the complex interaction of their movements. The earthquake occurred along the Palu-Koro Fault, which is known to be active and is influenced by the complex tectonic interaction of major subducting plates. The Palu-Koro fault is said to accommodate a deformation of about 40 mm/year, and has caused several devastating earthquakes in the past [1, 2].

According to researchers from Japan and Indonesia [2], the provinces of Balaroa, Petobo, Jono-Oge and Sibalaya were the worst hit in the 2018 earthquake mainly due to large-scale flow-slides and mudflows. Never before have such large-scale flow failures been triggered by an earthquake. That these failures occurred on very gentle sloping ground, sweeping away localities along with it, came as a complete surprise to one and all. The flow-slide in Jono Oge was deemed the largest in the region.

According to [2], the damaged area of long-distance flow-slide in Jono Oge is about 210 ha, located on the east side of Palu Valley, about 4 km south of Petobo. It is reported that a total of 500 houses were damaged. The catchment area of the affected area is estimated at 4 km2. The flow-slide occurred at the bottom of the alluvial fan created at the valley mouth where the discharged water was not observed during the survey.

The combination of many factors such as liquefaction of the sandy layer and the formation of water film due to the existence of a less-permeable cap layer, the presence of a confined aquifer, and the geology of the area are thought to have led to the flow-slide. According to an eye witness report from a person living in the area, sand ejecta was seen during and after the earthquake. Evidence of sand ejecta which suggests liquefaction was also observed in the area after the earthquake [3].

According to the article, in Jono Oge, a survivor was shooting a video while being flowed, which is currently available on Youtube, (see link below).

Researchers from Japan and Indonesia [3] used a combination of satellite imagery, aerial imagery, field surveys including collecting soil samples from the sites and conducting in-situ testing using Portable Cone Penetrometer, to investigate the mechanism of massive flow-slides. The paper was published in Elsevier – Soils and Foundations.

From the research, it was concluded that all major flow-slides in the Palu valley occurred at locations where a new alluvial fan meets an old alluvial fan based on the geological features of the area.

Furthermore, the presence of low permeable layers (silt and clay) over loosely deposited sandy and sandy gravel layers suggests the complex mechanism of the long-distance flow-slide at Jono-Oge can be explained by the ‘interlayer water film theory’.

Previous researches have revealed that liquefaction at a site with sandwiched lithology results in the liquified soil being trapped below the low permeability cap layer. This creates a thin interlayer of water, referred to as a ‘‘water film‘. The resulting inhibition of excess pore water pressure dissipation and presence of the water-film reduces the residual shear strength of the sandy soil layer to below the initial static shear stress. Consequently, even on a very gentle slope, lateral flow takes place due to the action of gravitational force until equilibrium is achieved.

It is further assumed by the researchers that damage to the underlying artesian aquifer during the earthquake may also have contributed to the development of the water film and the liquefaction induced flow-slide in the layers with very low mobilized shear resistance. The researchers however admitted the mechanism of the long-distance flow-slide is not yet fully understood.