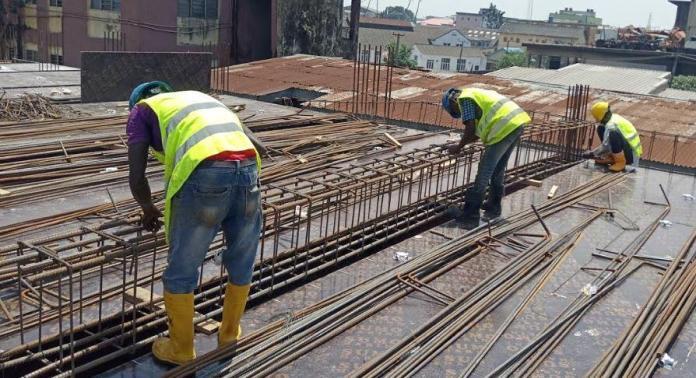 Beams are horizontal structural elements used for supporting lateral loads. In conventional reinforced concrete structures, beams usually receive load from the floor slab, but may also be subjected to other loads such as wall load, finishes, services installation, etc. The design and detailing of reinforced concrete beams involves the selection of the proper beam size and the quantity of longitudinal and shear reinforcement that will satisfy ultimate and serviceability limit state requirements. Afterward, it is very important that the beam reinforcements are placed and arranged properly on site, to avoid construction error.

This article presents guides and short notes on how to properly place and arrange beam reinforcements on site. This is very important for students (on industrial training) or fresh graduates that are new to construction site practices.

The technical guides to the detailing and arrangement of beam reinforcements are as follows;

(1) Confirm the formwork dimensions and stability
Beam reinforcement placement commences immediately after the carpenters complete the soffit formwork of the floor. At this point, it is important to verify that the formwork dimensions have been done according to the design specification. The checks should include measuring the beam width and the drop of the beam relative to the proposed surface of the slab. The sides of the beam drop should be checked for verticality to avoid having slanted beam sides, and the soffit should be checked for perfect horizontality. It is usually very difficult and depressing to make corrections after the reinforcement has been placed.

Poorly sized beam dimensions can also lead to compromised concrete cover, which can impact the bonding of concrete and reinforcement, the fire rating, and the durability of the building. It is typical to take a bent link (stirrup) and insert it in the beam drop to check if the desired concrete cover has been achieved. It can also be done to confirm that the beam size has been done according to specification. Furthermore, it is important to check the stability and bracing of the formwork to avoid collapse, bulging, or bursting.

(2) Confirm cut length and bending dimensions
Before the placement of the rebars commences, the site engineer should confirm that reinforcements have been cut and bent according to the design requirements. Bar bending schedule (BBS) can be used as a check document, provided it is very accurate and synchronised with what has been done on-site. All changes in dimensions or arrangements should be communicated ahead of time.

(3) Tying of Beam Reinforcements
Links and stirrups are used for resisting shear stresses and torsion in a reinforced concrete beam. They are also used for holding the top and bottom reinforcement of beams in place. The correct quantity required should be installed and spaced as recommended in the structural drawing.

(4) Arrangement of Primary and Secondary Beams
For an internal beam (secondary beam), which is supported by another beam on either or both sides, the top bars should rest on the top bars of the primary beam. Also, the bottom bars should rest on the bottom bars of the primary beam as shown in the image below.

(5) Arrangement of Beam-Column Junction at Corners
For beams occurring at a column junction at the corner of a building, either beam reinforcements can rest on each other.

The arrangement of beams at a site should be checked strictly to conform to the engineer’s design drawings. Failure to check construction details properly may lead to the failure of the member or lack of robustness. We believe that beams are arguably the most common structural members in a building. Hence, attention should be given to its arrangements for robustness and efficient load transfer.