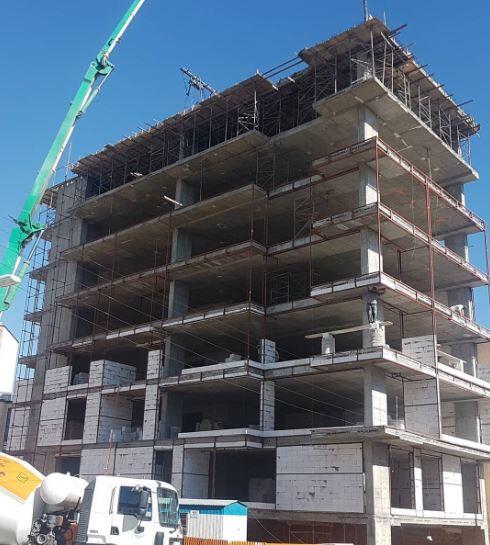 Shear walls are structural members that provide additional lateral stiffness to a building by resisting shear, moment, and axial forces, which are produced due to gravity and lateral loads. In some design cases, the entire lateral loads coming to a building assumed to be resisted by shear walls alone, especially when it is the major stabilising/bracing component of the building. The design of shear walls involves providing adequate cross-section and reinforcements to resist bending, shear, axial, and twisting forces due to gravity and lateral loads.

Shear walls are designed to resist bending moment, shear, axial, and uplift forces, especially when they are subjected to lateral actions. The lateral forces acting in the plane of a shear wall attempts to lift up one end of the wall and push the other end down. Uplift forces are greater on tall walls and less on low walls. Shear walls resist the shear force parallel to the plane of the wall by cantilever action.

Axial forces in a Shear wall
The axial load in a wall may be calculated assuming the beams and slabs transmitting the loads to it are simply supported.

Transverse moments
For continuous construction, transverse moments can be calculated using elastic analysis. The eccentricity is not to be less than h/30 or 20 mm where h is the wall thickness.

In-plane moments
Moments in the plane of a single shear wall can be calculated from statics. When several walls resist forces, the proportion allocated to each wall should be in proportion to its stiffness.

Location/Placement of Shear of Shear Walls

Architectural disposition in a building may not always give the room for optimum placement of shear walls for good structural performance. In some areas such as lift areas or window/door openings, coupled shear walls may have to be used. However, the best position or arrangement of shear walls in a building is a symmetrical arrangement whereby the shear centre (centre of rotation) will coincide with the centre of gravity of the building in order to reduce or eliminate torsion (twisting) due to lateral loads.

Structural Action of a Shear Wall

The amount of reinforcement needed for proper detailing of a reinforced concrete wall may be derived using strut-and-tie model. If a wall is however subjected predominantly to out-of-plane bending, the design rules and guidelines for slabs apply. In Eurocode 2, the requirements for the design of columns and shear walls are not so different except in the following areas;

(a) Minimum and maximum area of vertical reinforcement
According to clause 9.6.2 of Eurocode 2, the minimum and maximum amounts of reinforcement required for a reinforced concrete wall are 0.002Ac and 0.04Ac outside lap locations respectively. It is further stated that where minimum reinforcement controls design, half of this area should be located on each face. The distance between two adjacent vertical bars should not exceed three times the wall thickness or 400 mm, whichever is lesser.

(c) Provision of links
If the compression reinforcement in the wall exceeds 0.02Ac, links must be provided through the wall thickness in accordance with the rules for columns in clause 9.5.3 which are:

Scl, max is the minimum of;

The maximum spacing should be reduced by a factor of 0.6 in the following cases;

Where the main reinforcement (i.e., vertical bars) is placed nearest to the wall faces, transverse reinforcement should be provided in the form of links with 4 per m2 of the wall area.

Therefore as λ < λlim wall is not slender and therefore no secondary moments.

(c) At ULS, for maximum out of plane bending assuming Qk is leading variable action

Design load cases
Consolidate (c) into (a) and (b) to consider two load cases:

For tensile load and moment
Working from first principles, referring to the figure below and ignoring contribution from concrete in tension,