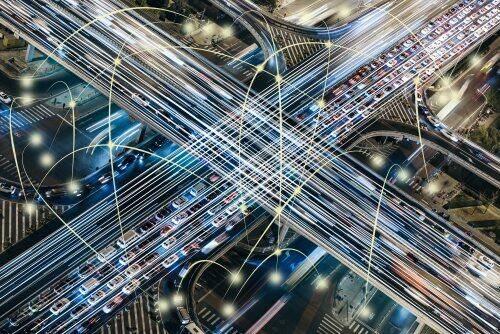 Motorways with information, communications, and control systems built into and alongside the road are referred to as “smart motorways” (also known as controlled motorways). These technology-based systems are used to actively regulate traffic flows, increase road capacity, and improve road safety. They also provide other significant benefits for road users, such as improved trip reliability and real-time traveller information.

Smart motorway employs traffic management techniques to expand capacity and lessen congestion in particularly congested regions. The hard shoulder can be used as a running lane, and variable speed limits can be used to manage traffic flow. By minimizing the need to add more lanes, Highways England (formerly the Highways Agency) developed smart motorways to manage traffic in a way that minimizes its negative effects on the environment, cost, and construction time.

The Department of Transport and Main Roads has disclosed that new traffic control technology would be installed along a 60-kilometer stretch between Pine River and Caloundra Road in Queensland, Australia order to monitor traffic conditions in real-time. Agencies will be able to proactively monitor changing situations like accidents, inclement weather, or congested traffic conditions by using ramp signals, variable speed limit and message signs, vehicle detection systems, and CCTV cameras.

According to the Federal Minister for Infrastructure, Transport, Regional Development, and Local Government, Catherine King, “As part of our commitment to improving the safety and performance of our national highways, the Australian Government has allocated $84 million towards this project, which is part of the 15-year, $13 billion Bruce Highway Upgrade Program.”

At various sites throughout the project corridor, targeted vegetation clearing, site establishment, investigative activities, and earthworks will also take place. Widening the southbound entry ramp to the Bruce Highway and installing a number of technology, such as ramp signaling, variable speed limit signs, and a new shared route across the highway, are both being prepared for near Caboolture-Bribie Island Road.

To track vehicle travel durations, traffic flow, and speed, the initiative will install wireless traffic sensors at strategic spots along the highway. The coverage and resolution offered by these traffic sensors will be sufficient to track the operation of the highway in real-time.

The majority of the work will be done at night to minimize inconveniences due to the high traffic loads. The safety of drivers and road workers will be ensured by traffic controllers, slower speed restrictions, and signs.

Weather and building circumstances permitting, construction is anticipated to be finished in 2024. The Australian and Queensland governments split the $105 million cost of the Bruce Highway – Managed Motorways Stage 2 – Gateway Motorway to Caloundra Road Interchange project 80:20.