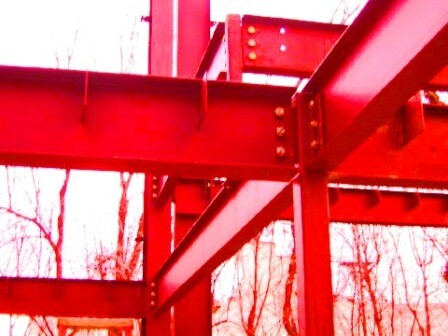 If a statically indeterminate structure is subjected to change in temperature, internal stresses are induced. This can be found in structures such as cooling towers and chimneys, where the internal and external temperatures are different. This implies that the temperature at the two extreme fibres of the material section are not the same and since the structure is restrained, internal stresses are developed due to thermal strain. We can use force method to obtain the magnitude of such stresses, in order to make appropriate designs.

Instead of the normal canonical equation for externally applied load, we now replace the free terms with deformation due to temperature change as shown below;

The deformation of a structure at a point due to temperature difference is given by; 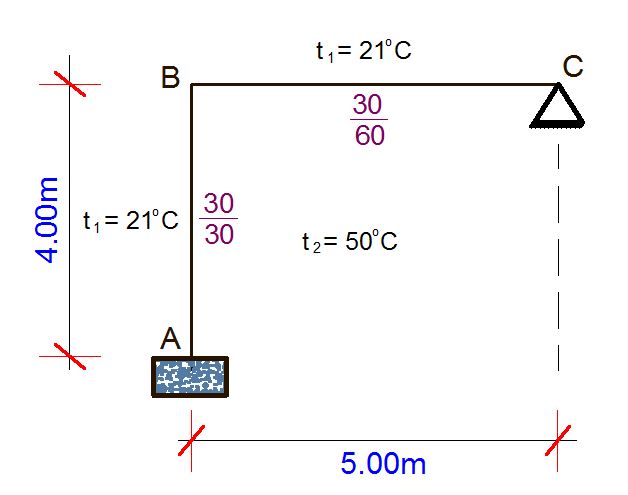 Basic system
The next step in the analysis is to reduce the structure to a basic system, which is a system that must be statically determinate and stable. The frame is statically indeterminate to the second order, which means that are we are going to remove two redundant supports.

By choice, I am deciding to remove the two reactive forces at support C of the frame to obtain the basic system as shown below; 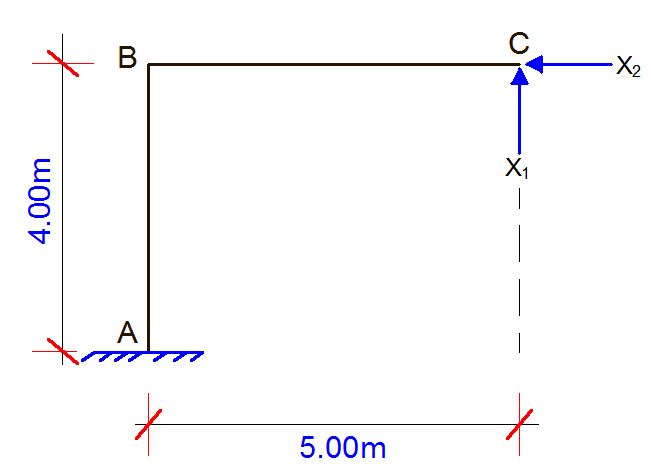 Analysis of case 1; X1 = 1.0, X2 = 0
The simple static analysis of the structure loaded with case 1 loading is as shown below in terms of the internal stresses diagram. 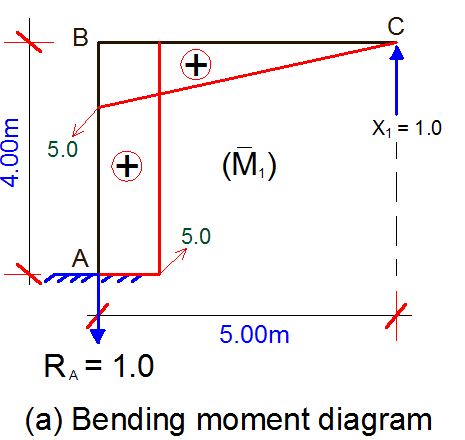 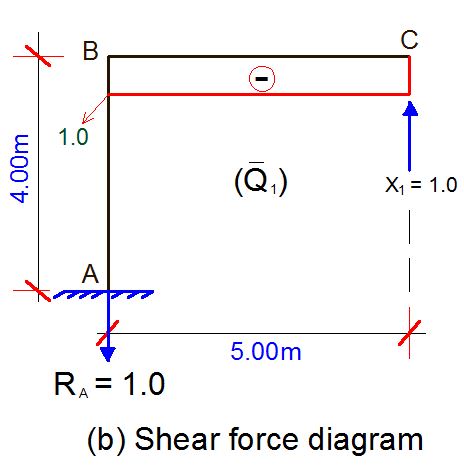 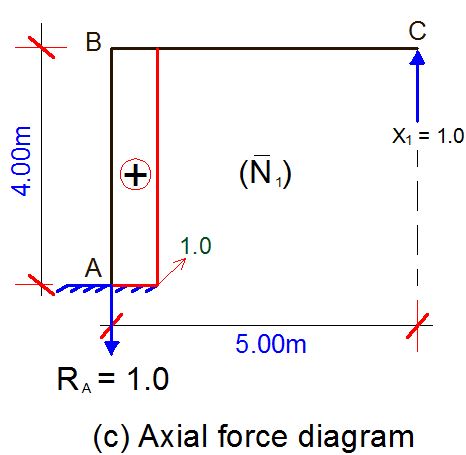 Analysis of case 2; X1 = 0, X2 = 1.0
The simple static analysis of the structure loaded with case 1 loading is as shown below in terms of the internal stresses diagram. 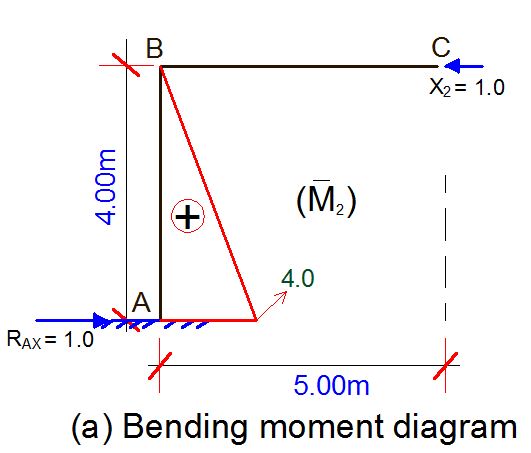 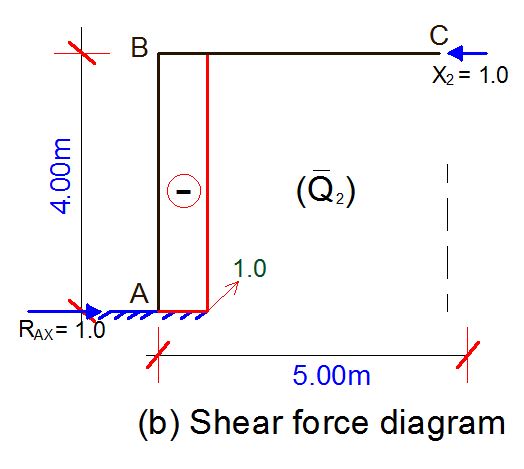 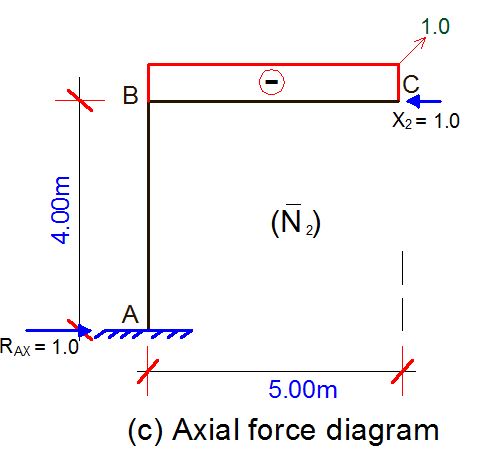 The appropriate canonical equation for this structure is therefore;

Computation of the influence coefficients
Influence coefficients are based on Mohr’s integral such that δi = 1/EI ∫Mmds. When we wish to handle this by using the graphical method (making use bending moment diagrams), we directly employ Verecshagin’s rule which simply states that when we are combining two diagrams of which one must be of a linear form (due to the unit load) and the other of any other form, the equivalent of Mohr’s integral is given by the area of the principal combiner multiplied by the ordinate which its centroid makes with the linear diagram. The rule can also work vice versa. This process has been adopted in this work.

δ11 (Deformation at point 1 due to unit load at point 1)
This is obtained by the bending moment of case 1 combining with itself. This is shown below. 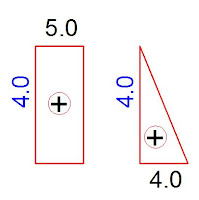 δ22 (Deformation at point 2 due to unit load at point 2)
This is obtained by the bending moment diagram of case 2 combining with itself. This is shown below. 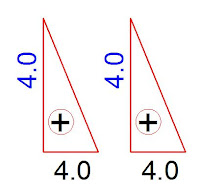 Influence coefficients due to temperature difference 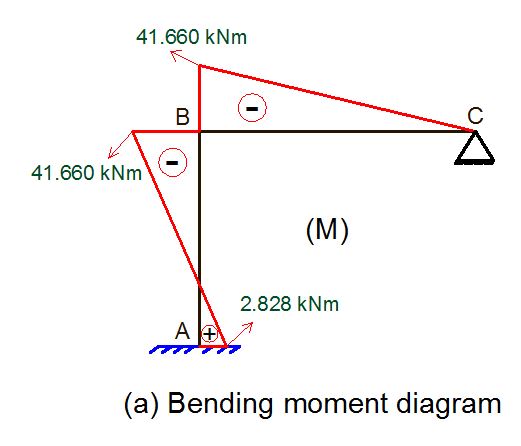 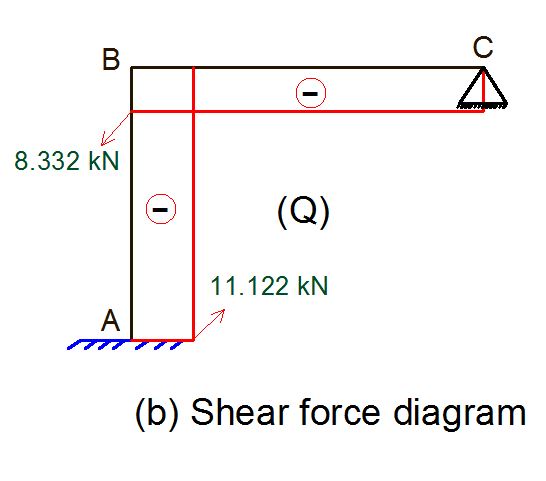 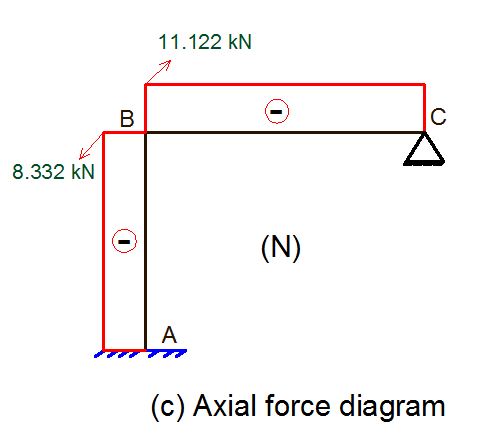