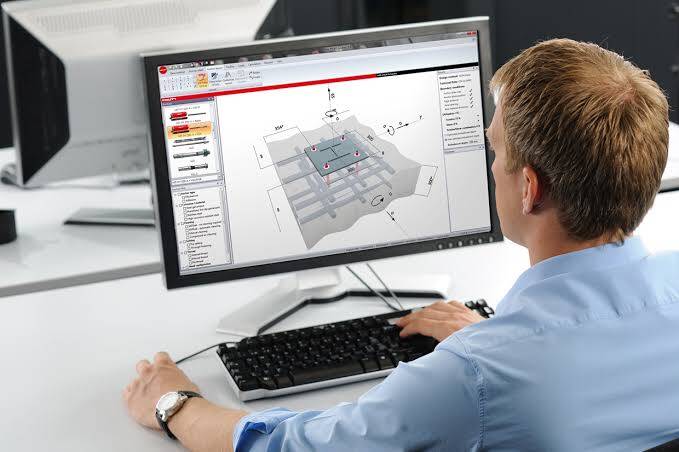 In the 1950s, a method of analysis involving discretization of a continuous domain into a set of discrete sub-domains called elements was developed in the field of engineering. This method called the Finite Element Analysis (FEA) is a numerical solution to problems in engineering and mathematics and has been applied extensively in structural engineering.

In the year 1965, NASA issued a request for the development of a structural analysis software tool.  The result of this was NASTRAN (NASA Structural Analysis), which implemented the available FEA technology to solve structural problems.

In the 1970s, the commercialisation of finite element analysis began in full force and gave birth to finite element modelling. Apart from FEA, design packages also sprang up within that period. For instance, DECIDE (DEsk-top Computers in DEsign) package was written by A.W. Beeby and H.P.J. Taylor in the mid-1970s, when they were both in the Cement and Concrete Association. The program was covering all aspects of design in accordance with CP110, from structural analysis to bar curtailment.

Also around 1980, OASYS software was developed by Ove Arup Partnership for Hewlett-Packard 9845S system. The program was produced to include a large number of various aspects of structural analysis and design, and other aspects like surveying, drainage, road works, thermal behavior of sections etc. The CP110 design package of the program contained programs for analysis and design of continuous beams, rectangular and irregular columns, flat slabs, foundation, etc.

While all these were going on, in 1982, Autodesk made Autocad commercially available for drafting and computer-aided designs. From that moment till now, numerous computer packages have been developed to assist engineers in analysis, design, simulation, and drafting.

We have ANSYS, Staad Pro, Etabs, SAP, Safe, STRAP, Tekla, Orion, and so many packages too numerous to mention. There are also many computer programs written with packages like FORTRAN, MS Excel VBA, MATLAB etc, which serve the purpose of helping the engineer solve a specific problem.

These packages have made life easier for design engineers in the office by considerably lowering the man-hours involved on the analysis, design, and drawing of structures. This means that working drawings, costing, and presentations can be done faster prior to kicking off of constructions. On the other hand, it has made it easier for corrections and modifications to be made to a structure, with their effects appropriately accounted for.

But the question still remains, ‘Do all these programs and packages make a design engineer better?‘

The answer is relative. An engineer is an individual who has been trained in an accredited institution, with appropriate years of experience and professional license to practice the profession of engineering. An engineer is expected to improve on the job, by following up with relevant technological advancements in the field, attending seminars and conferences, and networking with his colleagues.

For instance, a new construction procedure might demand a new method of reinforcement detailing and it expected that a modern engineer keeps up with all these developments.

Back to the issue of engineering software, if an engineer is proficient in the use of say computer programs, does that make him better than an engineer who can use just two programs? The first answer that will come to mind is probably ‘NO’. This is because the knowledge of computer programs does not make an engineer.

What makes a complete engineer is his personality, competence, knowledge, training, background on engineering practice, and years of experience. For engineers, the knowledge of software is not an end itself, but an alternative means to an end. These packages are here to help engineers work faster and more efficiently, and that is why they are programmed to request our input before they can give us an output.

I was involved in a project in Lagos Nigeria, and when I looked at the structural drawing, it was a complete waste of resources. The residential building was to go four storeys high, and no span was longer than 7m. At the ground floor, a column section of 900mm x 300mm was provided with 10Y25 (Asprov = 4910 mm2) as reinforcement. On the first floor of the same column, 28Y25 (Asprov = 13748 mm2) was provided!!

The drawing in question has been approved and construction has commenced already. Based on the design results, the designer would have asked questions. But a certain software gave him the result, and he submitted it just like that without probably reviewing the output. Even if there were unbalanced moments due to eccentricity or structural arrangement that is causing heavy bending on the column, it is his duty to scrutinize the arrangement. But he is an ‘engineer’ who can use design software, yet he has shown that he has no solid foundation in engineering as far as that output was concerned, or he doesn’t care about cost.

In terms of job opportunities and employability in the industry, the knowledge of a certain software can be an advantage to a candidate. Yes, this is because a design firm might be users of a particular computer program, and they might prefer to hire someone who already has knowledge of that software. But on the other hand, it would still be very disastrous if the desired candidate does not understand the basic theory of structures. It is easier to train someone on how to use a computer program than to train someone on the fundamentals of structural analysis and design. This calls for consideration on the part of employers.

In summary, commercial design software are helpers. We are supposed to do the thinking and design, while computer programs will help us carry out the lengthy calculations. When they produce an inconsistent result, we are supposed to ask why, and review our inputs.

Computer programs do not make better engineers, but they have made engineering as a profession better. That is why Structville remains committed to original and sound knowledge from the first principles. The current curriculum of our universities is sufficient to produce engineers who can handle simple designs after graduation, and lecturers should be willing to ‘teach’ design, and not ‘lecture’ it.

From my experience in the industry so far, the quality of teaching received in the university contributes immensely to the capacity of fresh graduates to carry out structural design independently. If they were ‘lectured‘ and not ‘taught‘, they might spend the rest of their professional career relying solely on computer programs.

Structural design at the undergraduate level should not be an issue of, “take this handout or textbook and study the examples” only. Structural design should be taught passionately from scratch and demonstrated with practical examples to the fullest extent possible.

I will ever be grateful to Prof. C. H. Aginam of the Department of Civil Engineering, Nnamdi Azikiwe University Awka. In the first semester of our 3rd year, he loaded us with knowledge on the deflection of elastic systems, analysis of continuous beams (Clapeyron’s theorem of three moments, slope deflection method, force method), Maxwell’s theorem, Betti’s law, Vereschagin’s rule, Castigliano’s theorem, analysis of portal frames, etc.

When we found ourselves mid-way in the 2nd semester, we were already designing three-storey buildings using pen and calculator from the roof beam to the foundation. I still remember the way he shouts and sweats, writing on the board, and cleaning over and over again, inspecting our notes, making sure every one downloaded and printed a copy of BS 8110-1:1997, ensuring that everyone purchased at least one design textbook of his/her choice. He is a phenomenal teacher.

Benefiting from his wealth of knowledge, I did all my designs with pen and calculator until I went for my Industrial Training in 4th year. It was during my industrial training that I had my first laptop and learned how to use AUTOCAD and a few other design software.

It is the fundamental knowledge of engineering and ingenuity that makes a good engineer; computer programs are here to make our work faster and eliminate human errors from lengthy computations. Once again, it is worth acknowledging that the availability of these design software have made engineering as a discipline better and more efficient. Let us keep getting it right.

Which Engineering Judgement Informed this Decision?

The Two Aspects of Civil Engineering – How Do You Hire the Right Person?