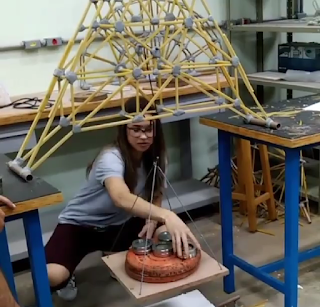 Interestingly, uncooked spaghetti has been used extensively to demonstrate the behavior of structures under the action of externally applied loads.

In this video, a spaghetti bridge was loaded until it fails at a load of 31kg.

The Art and Science of Structural Engineering