Settlement of foundations can occur due to  loads from the superstructure of buildings. Geotechnical engineers are usually interested in seeing that the settlements are uniform and limited to a certain depth. In some cases however, it is anticipated that differential settlement may occur.

Example
Let us consider a 6m cantilever that is supported on a roller at the free end. The roller support undergoes a vertical settlement of 25mm (downwards). We are to determine the additional bending moment at the fixed support due to the settlement. We will approach this problem using force and stiffness methods.

Solution
(a) By force method
A propped cantilever (roller support) is indeterminate to the 1st order. The adopted basic system for the structure is a simple 6m cantilever. We will now replace the redundant vertical reaction with a unit load, and the resulting bending moment diagram is as shown below. 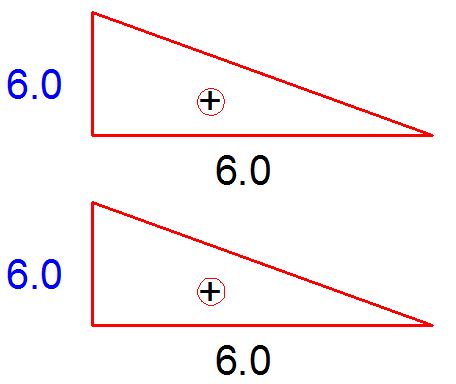 (b) By stiffness method
With support A fully fixed and support B simply supported, the general equation for bending moment at support A due to external load and settlement of support is given by;

Now, we obtained the answer above expressly because of very known facts. Since the bending moment at B zero, we may not pass through the stress of obtaining the rotation at support B. However for the sake of knowledge, let us apply a more general method which a lot of people might be more familiar with. Here, we will obtain the rotation (slope) at support B, and use it to obtain the bending moment at support A. We are initially assuming that all supports are fixed in the development of the slope deflection equations.

For equilibrium and compatibility;
MBA = 0

We also know that θA = 0 (fixed support), and there is no external load being considered;

Thank you for reading to the end.

Analysis and Design of V-Shaped Beams