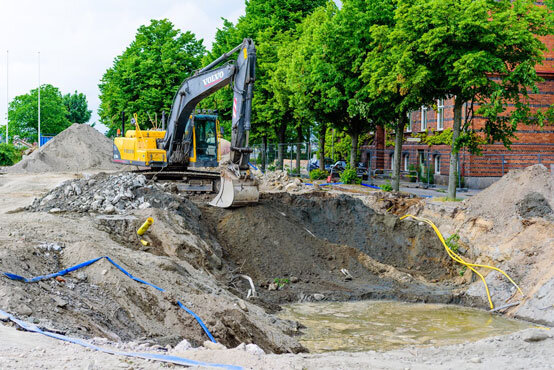 The recommended process for establishing the engineering properties of soils is to carry out as accurately as possible, laboratory or field tests on the soil sample. The tests usually carried out on soils consist of the index properties tests, strength tests, and permeability tests.

Index property tests are usually used for the purpose of soil classification and includes particle size distribution analysis, Atterberg limits tests, linear shrinkage, specific gravity, free swell, etc. These tests are carried out on disturbed soil samples. However, strength tests can include compressibility tests (oedometer tests), shear strength tests, unconfined compression strength tests, CBR, etc. One of the most important tests is the shear strength tests which is used to obtain the angle of internal friction and cohesion of the soil.

According to BS 8004:2015, the following should be considered as minimum when establishing the values of parameters for fine-grained soils:

According to clause 4.3.1.4.5 of BS 5400:2015, the undrained shear strength of a fine-grained soil may be estimated from the relationship below in the absence of reliable test data:

Obviously, consolidation test results should be available before the relationship can be applied. When determining the characteristic undrained strength of high strength fine-grained soils, due allowance should be made for:

In the absence of reliable test data, the characteristic constant volume (ie the angle of internal friction at the critical state) effective angle of shearing resistance φ’cv,k may be estimated from;

where:
Ip is the plasticity index of the soil (entered as a %)

The values of φ’cv,k for different plasticity index values based on the expression above is shown in Table 1:

Where;
φ’cv is the constant volume effective abgle of shearing resistance
φ’dil is the contribution to φ’pk from soil dilatancy