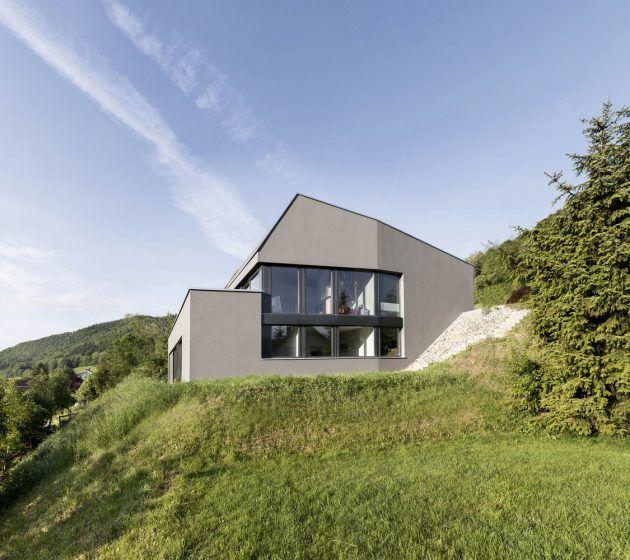 In some cases, the foundation of buildings may be founded on or very close to natural or man-made earth slopes. The bearing capacity of shallow foundations on slopes is reduced because the full formation of shear zones under ultimate loading conditions is not possible on the sides close to the slopes or edges. This is due to the fact that the zones of plastic flow in the soil on the slope side are smaller than those in a similar foundation on level ground, thereby resulting in a lower ultimate bearing capacity.

Figure 1 shows a section of a foundation with the failure surfaces under ultimate loading conditions. The distance b between the top edge of the slope and the foundation face determines the foundation’s stability. For a strip footing, the ultimate bearing capacity equation can be written as:

where γ = unit weight of soil, B = width of foundation, and Ncq and Nγq = resultant bearing capacity factors depending on the angle of inclination of the slope (β), angle of shearing resistance of the soil (ϕ), and the depth/width ratio D/B of the foundation.

A solution of the slope stability has been obtained for a surcharge across the full horizontal top surface of a slope using dimensionless parameters called the stability number Ns, written as given in Equation (2);

Eq. (3) represents the bearing capacity of a foundation on purely cohesive soil of great depth;

These bearing capacity factors are given in Figures 2 and 3 for strip foundation in purely cohesive and cohesionless soils respectively.