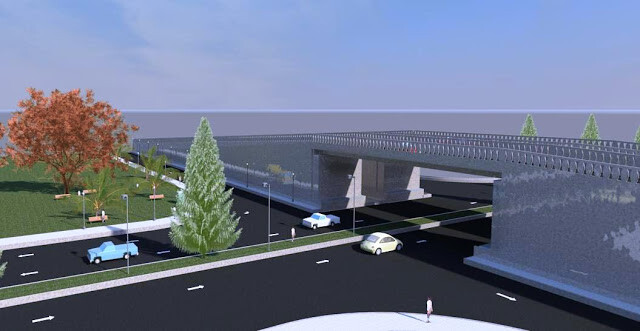 Bridges are structures designed to span over obstacles, and as such provide access routes for humans, animals, vehicles, fluid, and other objects as may be desired. EN 1990 (Basis of Structural Design) classified bridges under consequence class 3 (CC3) which implies that the consequences are high if failure should occur. As a result, the design of bridges is taken very seriously and all possible load regimes that the structure will be subjected to in its design life are taken into account.

Bridges are important for adequate development, safety, and efficiency of road transportation system in any country including Nigeria. Nigerian engineers have stepped up to solve the engineering problems facing them internally and independently.

Loads from vehicles are one of the the most prominent loads that bridges are subjected to in their design life. Eurocode 1 Part 2 (EN 1991-2) handles the actions of traffic on bridges.

The code specifies four load models for vertical loads on highway bridges. Among these four load models, Load Model 1 (LM1) is the one used to represent the effect of normal traffic on bridges and it is used for both local and global verifications. LM1 consists of tandem axle loads (TS) which are concentrated loads applied in the longitudinal direction of the bridge, and uniformly distributed loads (UDL’s) which are applied both transversely and longitudinally. The values of the loads depends on the notional lanes on which they are applied unlike BS 5400 which uses lane factors. (See more on the paper uploaded). It is however pertinent to point out that LM1 is an artificial model and does not represent the weight of real vehicles. The models are created and calibrated based on traffic data collected in France between 1980 and 1994, and the effects they induce on bridge decks are similar to that induced by real traffic. See the form of LM1 below. 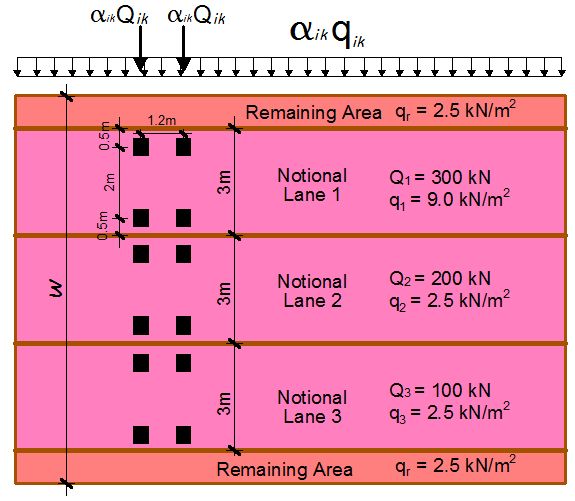 In the paper downloadable in this post, a 15.0m single span bridge simply supported between two abutments (the first picture on this post) is subjected to LM1 and analysed as static load using Staad Pro software. The bridge has a deck that is 10.1m wide and a carriageway that is 7.2m wide. The reinforced concrete slab is supported by five precast beams (girders) and the aim of the analysis is to find out the effects of the traffic load on the girders. The load was arranged to induce the worst effect on the first and second girders. The finite element analysis results obtained were very comparable to the ones obtained using other rational and computational methods. 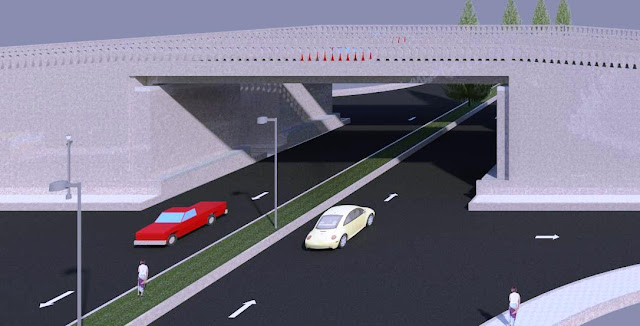 (b) A 2D elevation view of the bridge

(c) Section through the bridge deck

(d) Division of the carriageway into notional lanes 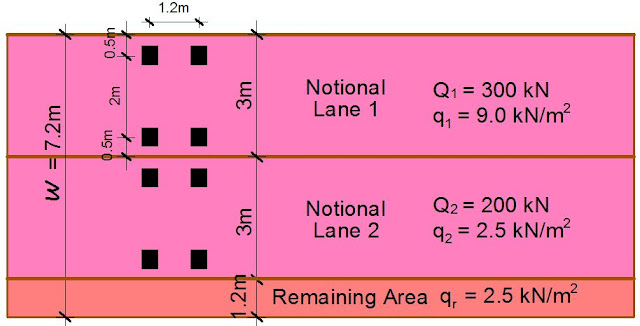 (e) Sectional view of the notional lanes, remaining area, and the pedestrian areas 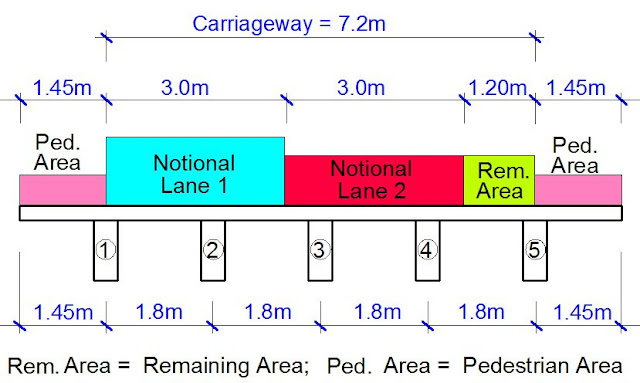 (g) Loading of the bridge with LM1 (including crowd load) 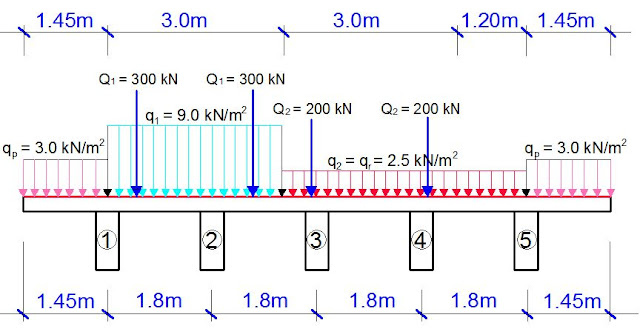 (i) Bending moment diagram of the girders due to LM1 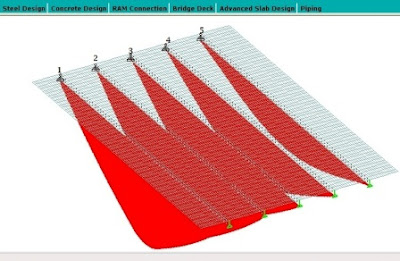 (j) Shear force diagram of the girders due to LM1 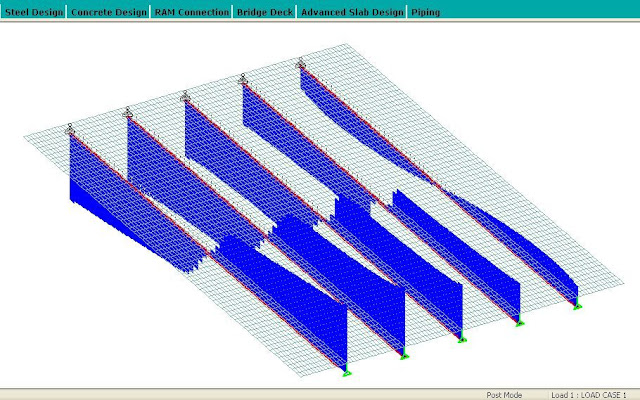 For more interesting interactions, visit our Facebook page at
www.facebook.com/structville