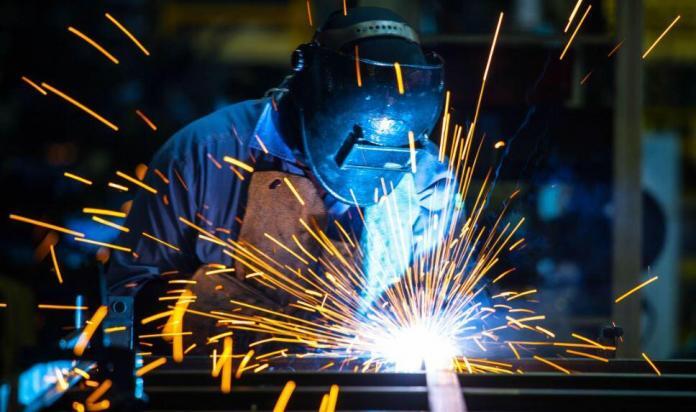 In modern construction, the commonest methods of connecting steel members are by bolting and welding. Eurocode 3 identifies different types of welding such as;

Fillet welds are generally used for connecting parts where the fusion faces form an angle of between 60° and 120°. Although there are other special cases and generalities stated in the code regarding fillet weld (kindly refer).

According to clause 4.5.3.1(1) of EN 1993-1-8, design resistance of a fillet weld should be determined using either the directional method or the simplified method.

The directional method is based on the comparison between the design tensile strength and the applied stress in the most severely loaded part of the weld throat. The applied stress, being determined from a Von Mises formulation, accounts for the influence on the weld strength of the inclination of the resultant force per unit length to the weld axis and plane.

Solved Example
For the welded connection (K-Joint) given as shown below, establish the minimum throat thickness of fillet weld for the gusset plate. The basic assumption is that gusset plate transfers axial forces acting in its plane and in the direction of the member axes. 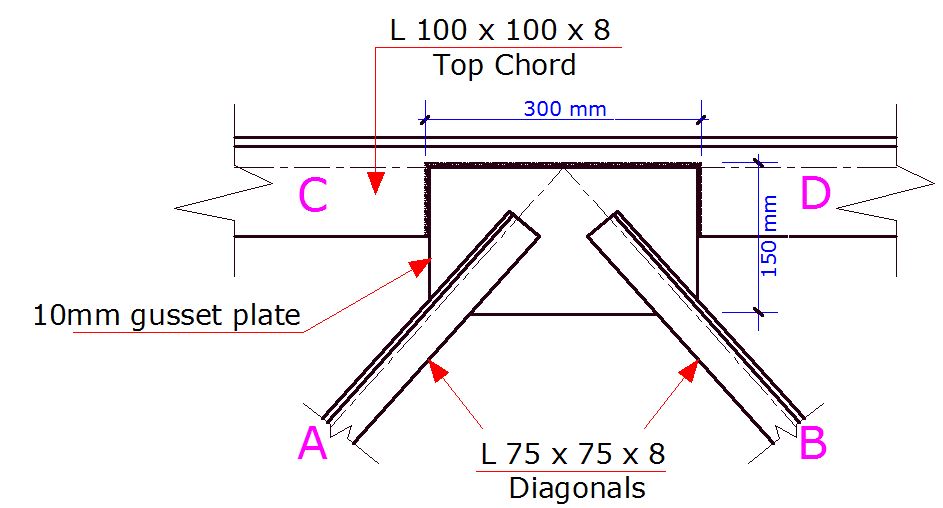 Design forces in the gusset plate at the chord web face
The effects of the small eccentricity from the chord axis will be neglected.
The gusset plate section is verified for the following forces:

Ng,Ed is the axial force at an eccentricity of ez = 0  to the centreline of the gusset plate
Vg,Ed is the shear force 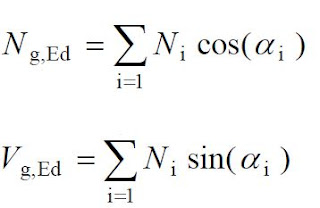 
By directional Method;
Assuming a uniform distribution in the throat section of the weld;

On the throat section of the weld, the force per unit length are:

The design resistance of the fillet weld will be sufficient if the following conditions are both fulfilled:

From these conditions, a minimum value for the effective throat thickness can be derived;

By Simplified Method
The design resistance of a fillet weld may be assumed to be adequate if, at every point along its length, the resultant of all the forces per unit length transmitted by the weld satisfies the following criterion (see Eurocode 3, Part 1-8):

Where Fvw,d is the design shear strength of the weld and a is the throat thickness of the weld.

Thank you for visiting Structville today.
Our facebook page is at www.facebook.com/structville