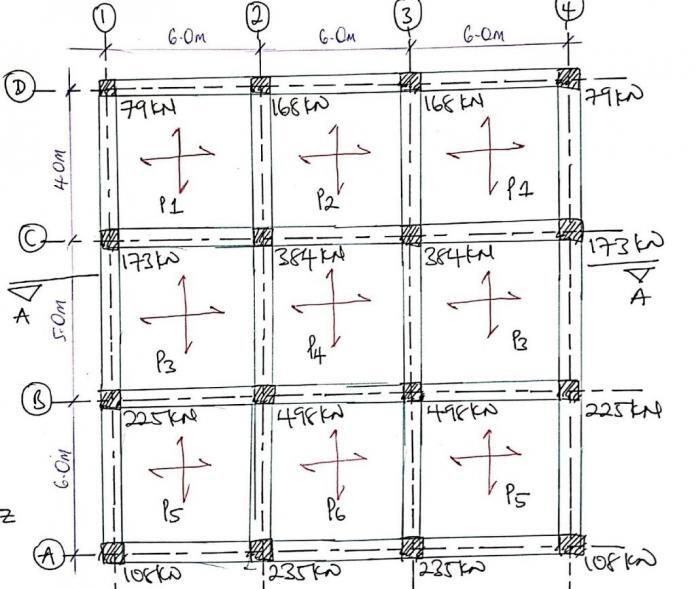 In our last post, we considered the analysis of beam and raft foundation of a G+1 building using Staad Pro software. In this particular post we are going to consider the analysis and design of the same foundation using manual calculations according to the principles of the Eurocodes. If you missed the last post, you can read it by clicking on the link below;

The axial forces in the ground floor columns have been presented in Figure 3, and have been used to demonstrate how you can carry out design of beam and raft foundation manually. It is important to point out that the use of ground beams with relatively large depth is usually based on DPC considerations, since the raft slab functions as the ground floor slab too. The raft slab layout and column loads are shown in figure 2 and 3 respectively.

The schematic diagram of the interaction of a typical beam and raft slab is shown in Figure 4.

Analysis of the raft slab by rigid approach
A little consideration of Figure 3 will show that the foundation is loaded is symmetrically in the x-direction, therefore we will compute the eccentricity of the load in the z-direction.

Taking moment about the centroid of the base as shown in Figure 4 above;

These values are way below the allowable bearing capacity of the soil, therefore there is no need to increase the dimensions of the base. Also, due to the close values of Pmax and Pmin, instead of using trapezoidal pressure distribution, we can assume rectangular pressure distribution using the maximum pressure.

Note
Pressure distribution calculation is carried out using SLS load, but we used ULS here. You can convert from ULS to SLS for simple buildings when using Eurocode by using a factor of 1.37 (Ubani, 2017).

Therefore, using a pressure of 13.847 kPa, we can design the raft slabs and the ground beams using the conventional methods which I believe that we are familiar with.

Some screenshots from the manual design is shown below; 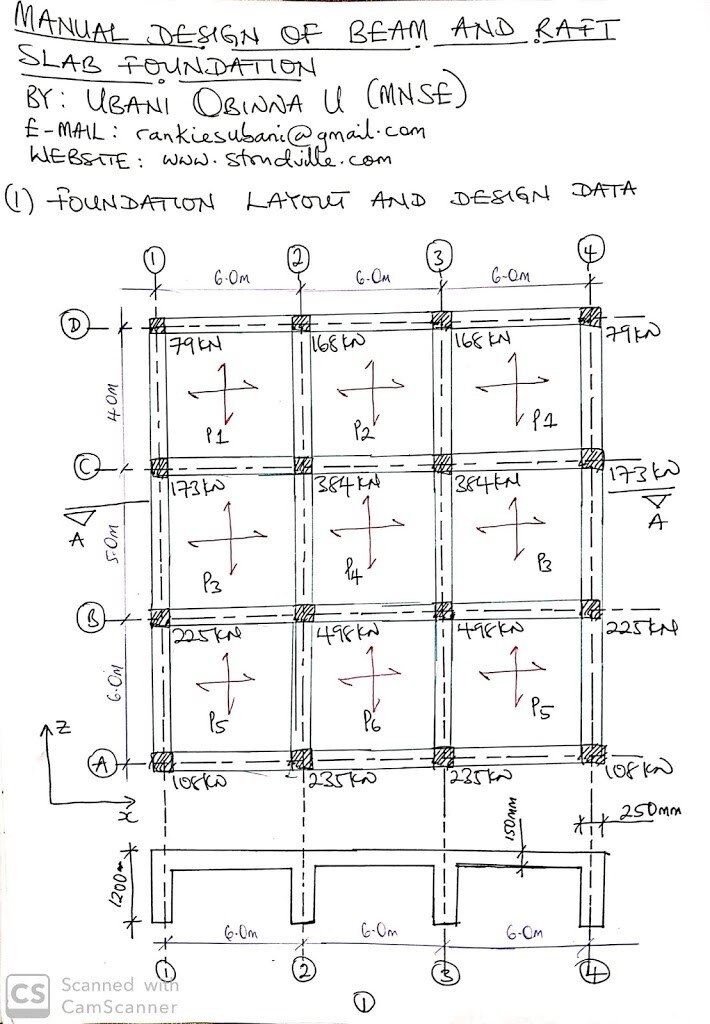 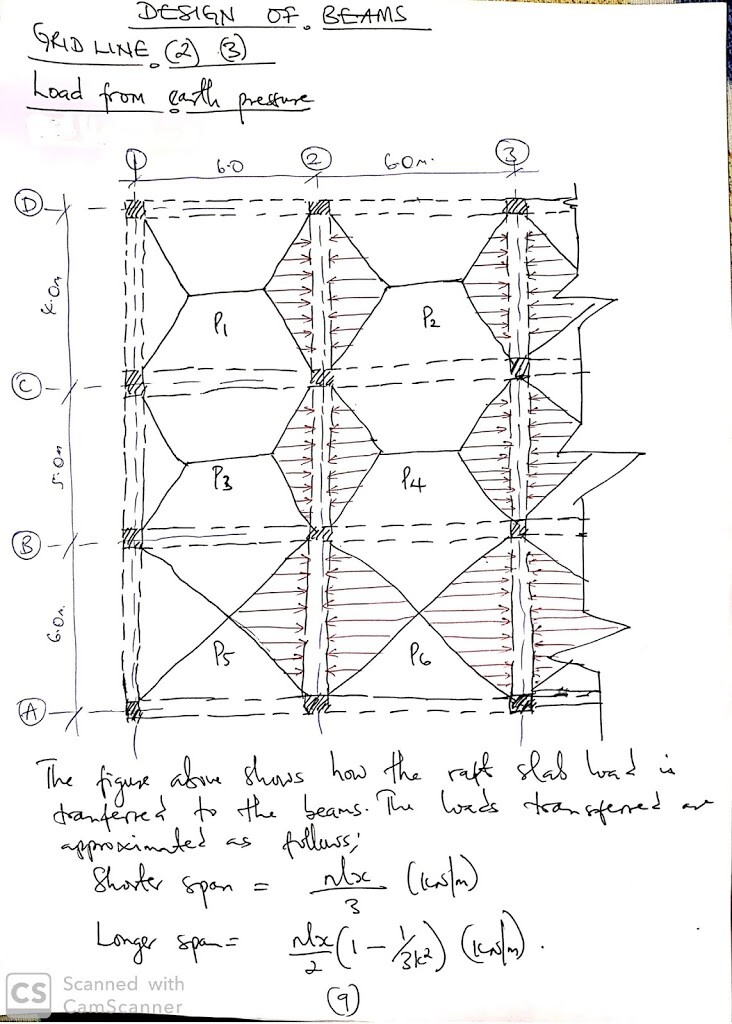 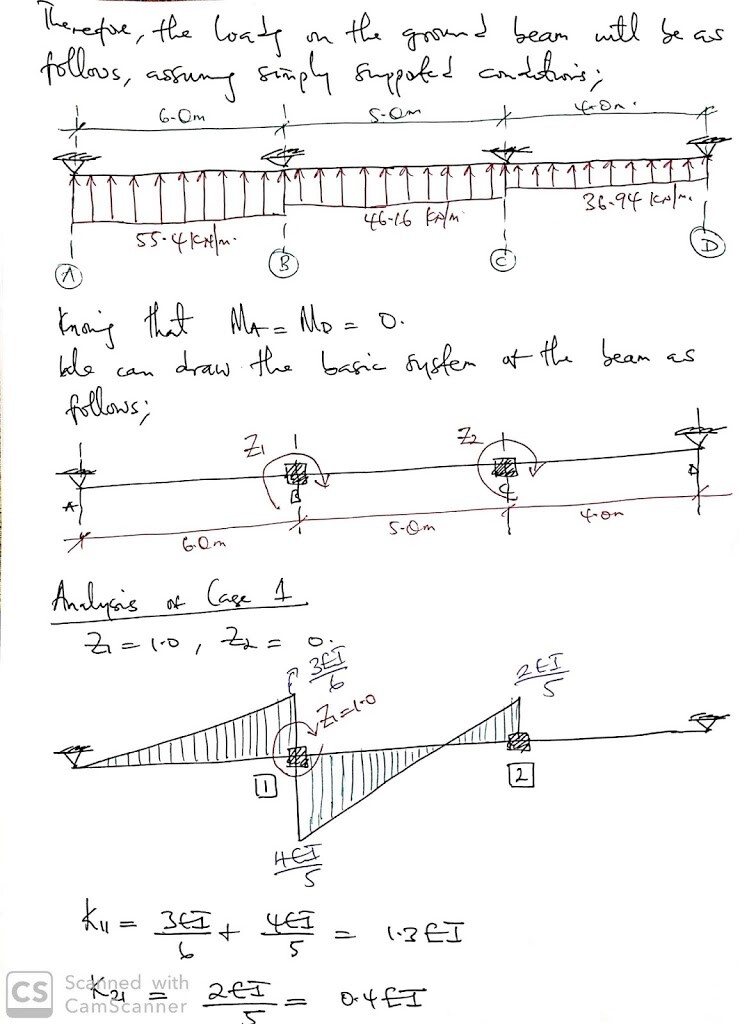 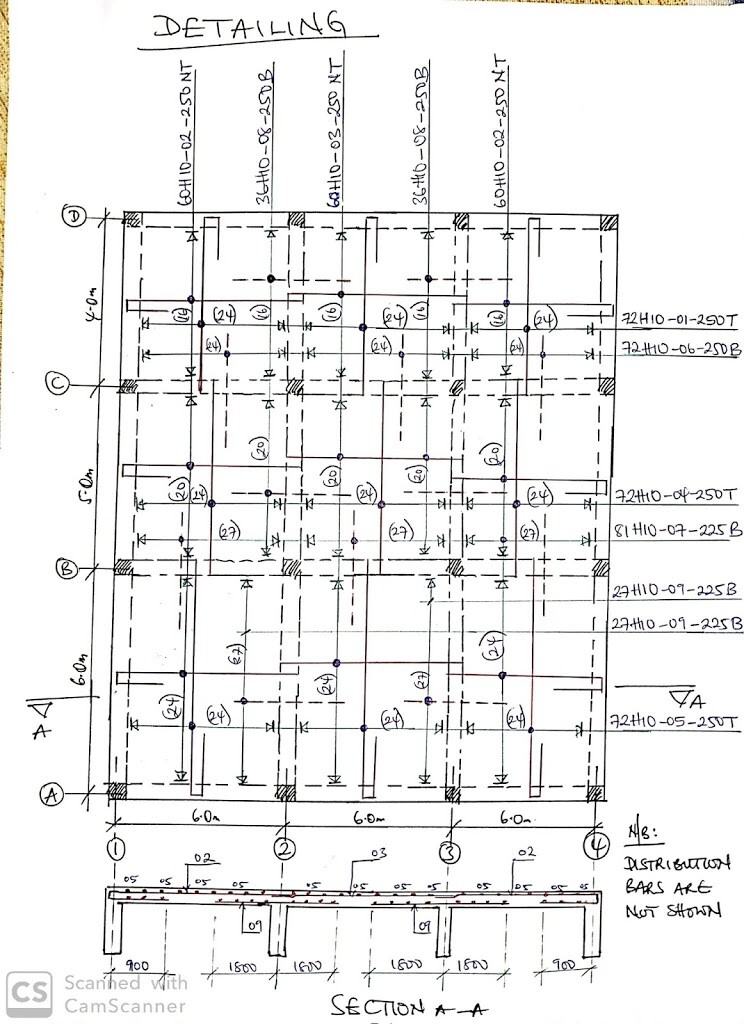 Download the full calculation sheet from the link below;
Manual Design of Beam and Raft Foundation to Eurocode 2 [PDF] 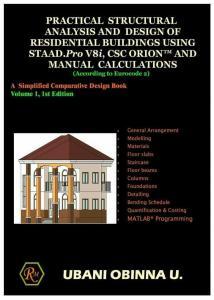