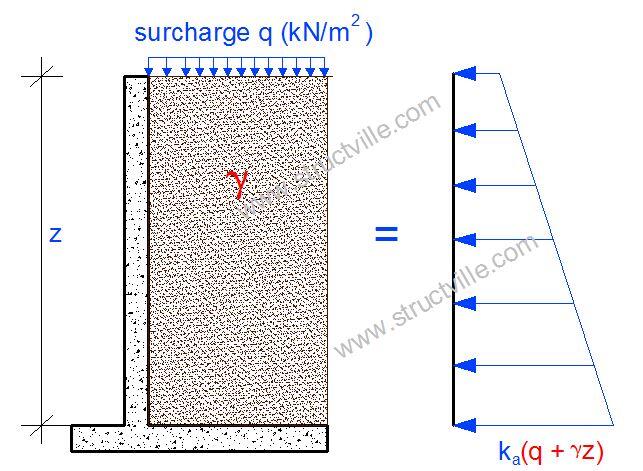 In the analysis of retaining walls subjected to earth pressure, it is very common to observe trapezoidal load distribution on the walls. Normally, earth pressure on a retaining wall is assumed to adopt a triangular load distribution, but due to surcharge which is usually assumed to act on the ground surface, the top of the wall experiences some degree of lateral pressure.

Numerous approaches such as finite difference method, finite element analysis, classical theory, etc can be adopted to solve problems of such nature. Anchor (1992) adopted a convenient approach of replacing the surcharge pressure with equivalent soil pressure. This was done by adding the maximum soil pressure and surcharge pressure algebraically, and assuming an equivalent triangular distribution. Another approach recommended by Reynolds et al (2008) is to separate the load cases, analyse them separately, and sum the results together. For walls spanning in two directions, this method is accurate for edge bending moments, but approximate for span moments. 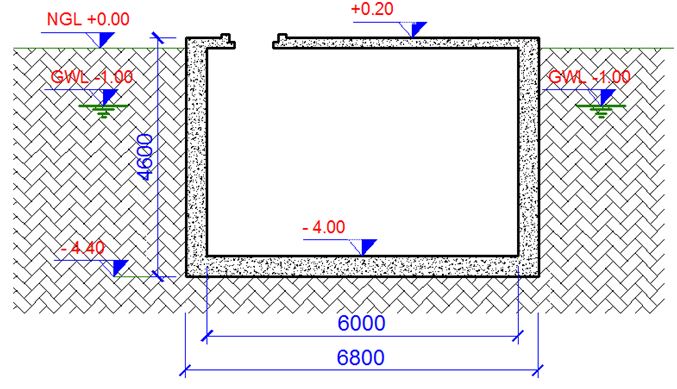 In this post, we are going to explore the behaviour of the walls of a tank subjected to earth pressure and surcharge pressure (find the section of the tank above). We are going to investigate the methods described above, and compare them with finite element analysis using Staad Pro software. 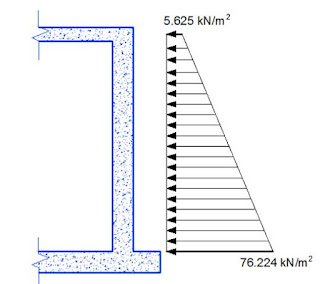 We are going to analyse the walls using coefficients that can be readily obtained from charts and tables. We will separate the trapezoidal load into its triangular and rectangular components as shown below, and analyse them separately;

Using Moment Coefficient from Table
Note that these coefficients contain allowance for torsion at the edge, and are picked from Reynolds et al (2008). 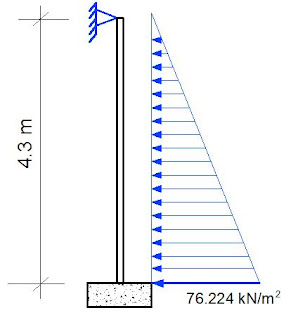 We are going to analyse the pressure load on the wall by summing up the pressure due to retained earth and surcharge and analysing them as triangular distribution.

When modelled and analysed on Staad Pro; 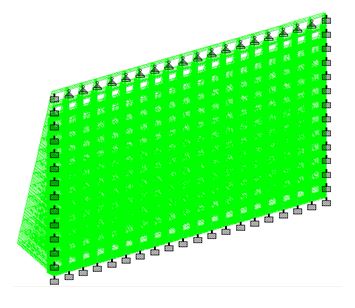 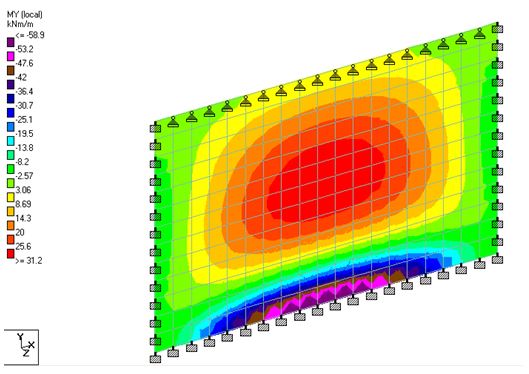 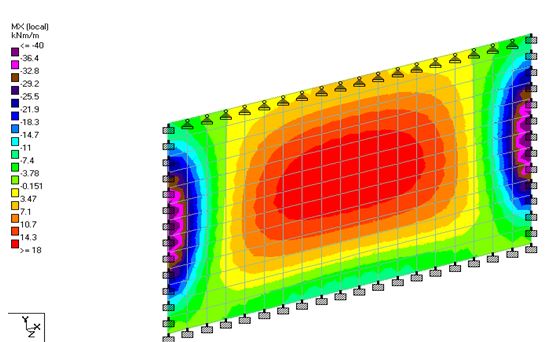 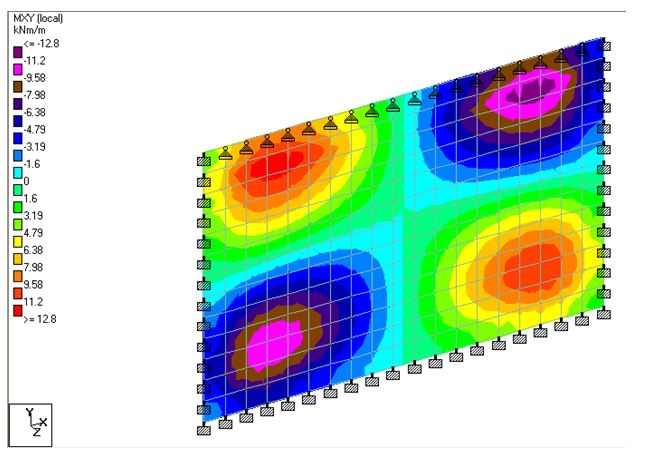 We will have to allow for torsion at the edge moments.

Let us compare the results from the three methods investigated; 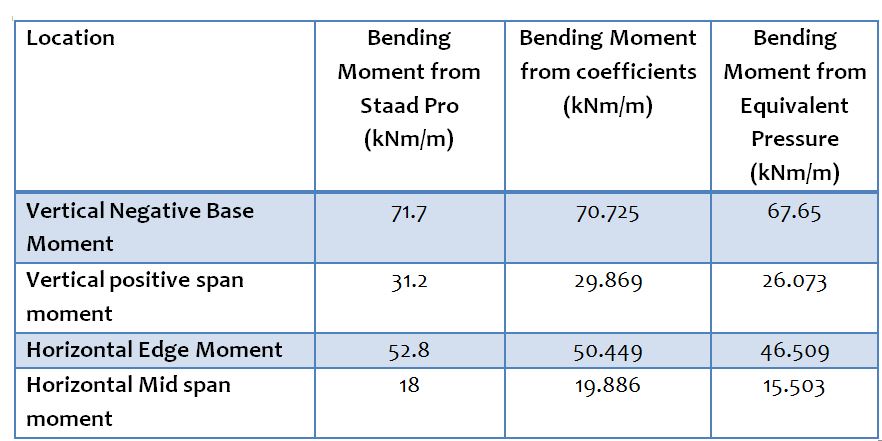 From the above table, it can be seen that the result from the use of coefficient and FEA are very close and comparable, while the result using equivalent approach is giving lower bound results. Therefore, in the absence of computer programs, I recommend the use of coefficients from Table for analysis of retaining walls subjected to trapezoidal loads. 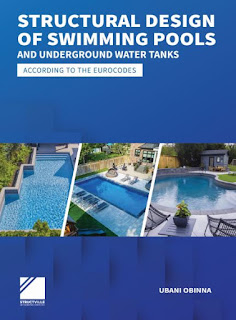