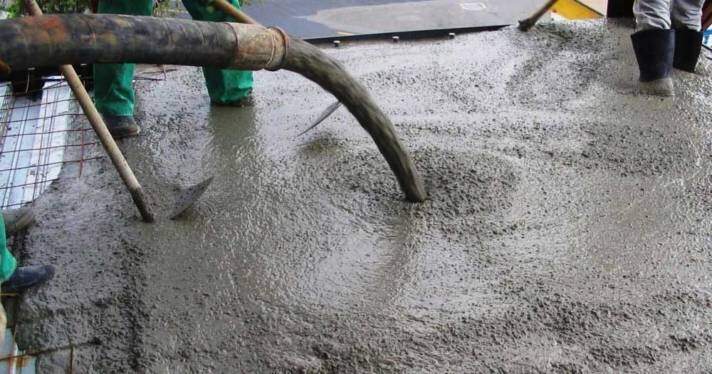 Self-compacting concrete (SCC) is a special type of concrete that has the ability to consolidate under gravity, fill up all required spaces, and produce dense and smoothly finished concrete when placed in formwork without the need for any external vibration. This special property of self-compacting concrete is due to the excellent workability it possesses in its fresh state, and the ability of the concrete to remain cohesive without segregation and bleeding when placed.

Self-compacting concrete was developed in Japan in the 1980s, and has found wide applications in the construction industry due to its numerous advantages. As a result of its highly flowable nature, SCC can settle into formworks and fill up heavily reinforced, congested, narrow, and deep sections by means of its own weight. Unlike conventional concrete, SCC does not require compaction using external force from mechanical equipment such as immersion vibrators.

The common advantages of self-compacting concrete (SCC) are as follows;

When compared with ordinary concrete, SCC is usually produced using a large amount of cement/fillers, superplasticizer, and/or other viscosity modifying admixtures. The supplemented binder content is associated with other cement replacement materials (CRMs) such as fly ash (FA), ground granulated blast furnace slag (GGBFS), silica fume (SF), rice husk ash (RHA), etc. The incorporation of CRMs is usually to improve the workability of the concrete, and the properties of the hardened concrete. There are limits to the size of aggregates also, with a recommended maximum aggregate size of 25 mm.

Therefore, for SCC, the following properties are required;

According to the European guidelines for self-compacting concrete, none of the test methods in the current EN 12350 series ‘Testing fresh concrete’ are suitable for the assessment of the key properties of fresh SCC. The filling ability and stability of self-compacting concrete in the fresh state can be defined by four key characteristics. Each characteristic can be addressed by one or more test methods as shown in the table below;

Slump-flow value describes the flowability of a fresh mix in unconfined conditions. It is a sensitive test that will normally be specified for all SCC, as the primary check that the consistence of the fresh concrete meets the specification. The slump flow value is usually obtained from the slup test.

Passing ability describes the capacity of the fresh mix to flow through confined spaces and narrow openings such as areas of congested reinforcement without segregation, loss of uniformity, or causing blocking. In defining the passing ability, it is necessary to consider the geometry and density of the reinforcement, the flowability/filling ability, and the maximum aggregate size. This can be evaluated using the L-box test.

Segregation resistance is fundamental for SCC in-situ homogeneity and quality. SCC can suffer from segregation during placing and also after placing but before stiffening. Segregation which occurs after placing will be most detrimental in tall elements but even in thin slabs, it can lead to surface defects such as cracking or a weak surface.

The European Guidelines for Self Compacting Concrete classifies the slump flow of SCC into;

SF1 (550 – 650 mm) is appropriate for unreinforced or slightly reinforced concrete structures that are cast from the top with free displacement from the delivery point (e.g. housing slabs), casting by a pump injection system (e.g. tunnel linings), and sections that are small enough to prevent long horizontal flow (e.g. piles and some deep foundations).

SF3 (760 – 850 mm) is typically produced with a small maximum size of aggregates (less than 16 mm) and is used for vertical applications in very congested structures, structures with complex shapes, or for filling under formwork. SF3 will often give a better surface finish than SF2 for normal vertical applications but segregation resistance is more difficult to control.

The viscosity of SCC is classified into:

VS1/VF1 has good filling ability even with congested reinforcement. It is capable of self-levelling and generally has the best surface finish. However, it is more likely to suffer from bleeding and segregation.

VS2/VF2 has no upper class limit but with increasing flow time it is more likely to exhibit thixotropic effects, which may be helpful in limiting the formwork pressure or improving segregation resistance. Negative effects may be experienced regarding surface finish (blow holes) and sensitivity to stoppages or delays between successive lifts.

It is important to define the confinement gap when specifying SCC. The defining dimension is the smallest gap (confinement gap) through which SCC has to continuously flow to fill the formwork. This gap is usually but not always related to the reinforcement spacing. Unless the reinforcement is very congested, the space between reinforcement and formwork cover is not normally taken into account as SCC can surround the bars and does not need to continuously flow through these spaces.

Examples of passing ability specifications are given below:

Segregation resistance of SCC is classified into;

SR1 is generally applicable for thin slabs and for vertical applications with a flow distance of less than 5 metres and a confinement gap greater than 80 mm.

Laboratory trials should be used to verify the properties of the initial mix composition with respect to the specified characteristics and classes. If necessary, adjustments to the mix composition should then be made. Once all requirements are fulfilled, the mix should be tested at full scale in the concrete plant and if necessary at the site to verify both the fresh and hardened properties.

To achieve the required combination of properties in fresh SCC mixes:

The mix design is generally based on the approach outlined below: