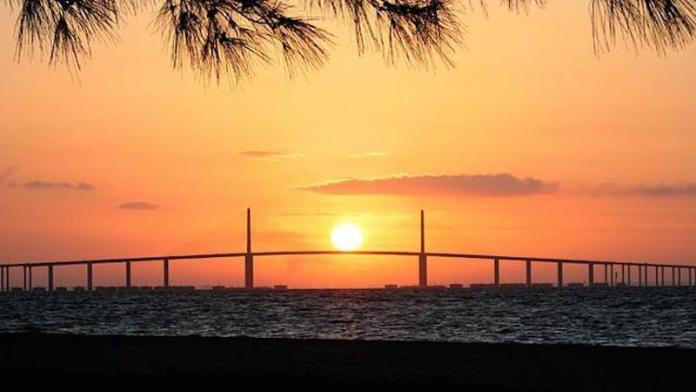 The daily effects cause temperature variations within the depth of the superstructure which vary depending on whether it is heating or cooling. Guidance is typically provided in the form of idealized linear temperature gradients to be expected when the bridge is heating or cooling for various types of construction (concrete slab, composite deck, etc.) and blacktop surface thickness.

Internal stresses in a bridge cross-section self-equilibrate as a result of temperature gradients. There are two forms of internal stresses induced as a result of this: primary and secondary. The former is caused by temperature changes across the superstructure (whether simply supported or continuous), while the latter is caused by continuity. Both must be considered and accommodated in the design.

The temperature of a bridge deck varies throughout its mass. The variation is caused by:

The effects of these variations on a bridge deck can be quite complex. On a daily (short-term) and annual (long-term) basis, changes occur. Daytime heat gain and nighttime heat loss occur on a daily basis. The ambient (surrounding) temperature varies from year to year.

According to research, the distributions (or thermal gradients) for different ‘groups’ of structure as stated in Figure 9 of BD 37/01 Clause 5.4 can be idealized for analysis purposes. The four groups depend on the type of construction and are listed below;

As a result, bridges can be categorised into the following categories and subcategories:

To calculate how much the bridge deck will expand and contract, the maximum and minimum shade air temperatures are transformed into ‘effective’ bridge temperatures Te,max and Te,min and multiplied by the coefficient of thermal expansion and the deck length. The deck can be accommodated by providing joints and sliding bearings, or by restricting the movement and engineering the structure to resist the forces created. For truss or plated steel bridges (category 1), Te,max values can be decreased by 3 °C.

In the case of a free moving deck, T0 is used to calibrate the gap for the expansion joint and to set the sliding bearing positions when these units are installed. However, in the case of a restrained deck, it is used to determine the magnitude of movement that the supporting structure has to accommodate after it has been made integral with the deck.

are the temperature variations to be considered when the bridge expands or contracts, respectively.
Assessing bearing displacements it can be assumed ∆TN,exp = Te,max – T0 + 20°C and ∆TN,con = T0 – Te,min + 20°C.

Vertical temperature variations can arise as a result of the top and bottom surfaces of the bridge being heated and cooled differently. These differences correlate to maximum heating and cooling, respectively, when the top surface is warmer than the bottom surface and when the bottom surface is warmer than the top surface. The vertical temperature profiles can be defined under two different hypotheses, depending on whether the non-linear temperature profile ∆TE is ignored or not: in the first case, a simplified equivalent linear profile can be considered, whereas in the second case, a non-linear profile, including ∆TE, is considered.

Table 1 shows the maximum temperature differences corresponding to maximum heating or maximum cooling, designated as ∆TM,heat and ∆TM,cool, for the various bridge categories when an equivalent linear vertical temperature profile is used. The temperature differences for road and railway bridges with a 50 mm surface are represented by the upper bound values in Table 1. Table 1 values should be multiplied by the correction factors ksur in Table 2 for varying surface thicknesses.

Horizontal temperature differences in bridges can be generally disregarded, except in special cases, for example when one side of the bridge is much more exposed to the sunlight of the other one. When the horizontal component must be taken into account, a linear variation of 5°C can be assumed.

Worked Example on Calculation of Temperature Stresses on Bridge Decks