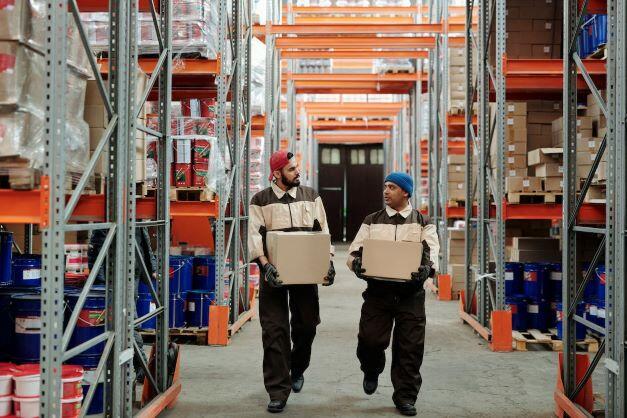 Floor loadings are loads applied to the floors of buildings such as slabs, decks, and pavements. All floors should be able to withstand the loads applied to them during their service life, and it is the duty of the structural engineer to ensure that the anticipated loading is adequately assessed, and accounted for during design.

In a real sense, the loads applied to the floor of a building may be arbitrary and dynamic such as the self-weight of the floor and finishes, the weight of furniture, human occupancy, different kinds of storage, etc. However, during structural analysis, these loads are often idealised as either uniformly distributed loads, concentrated (point loads), partially distributed loads, or dynamic loads. Dynamic analysis may be needed when designing floors subjected to crowd activities.

For the purpose of structural design, all loads on floors are generically categorised into dead load and live load.

To calculate the value of the dead load on floors, the unit weight of the material in question must be known. For instance, for a reinforced concrete slab, a unit weight of 24 – 25 kN/m3 is usually adopted for the concrete.

This load is applied as a uniformly distributed pressure load on the floor. In the same vein, the weight of finishes can be calculated by considering the unit weight of the finishes, the screeding, and the thickness.

It may be important to assess whether dynamic analysis or vibration isolation may be needed for mechanical equipment. For some permanent medical equipment in hospitals, no such analysis may be required.

Partition loads on slabs are usually treated as line loads or converted to equivalent uniformly distributed loads. The weight of the partition and the nature of its fixity will determine if it can be converted to an equivalent UDL or modelled as a line load.

Live loads on floors usually represent the occupancy loading on the floor, and are considered as the loads that are moveable on the floor of a building. This usually includes the weight of human beings and pets on the floor, furniture, household storage, office equipment, warehouse storage, the weight of vehicles on suspended garages, library books and shelves, etc.

As a result of this, the use of the building must be clearly defined so as to know the appropriate live loading to be used in the design. Live loads on floors are usually represented by uniformly distributed loads and concentrated loads. The uniformly distributed loads are commonly used for general design and global verifications, while the concentrated loads are used for local verifications and designs.

By implication, a building designed for residential purposes should not be converted to a self-storage building without adequate assessment and strengthening.

Some common load combinations are as follows;

The factored loads are used to obtain the internal stresses (bending moment and shear forces) which are used in the design of the floor.