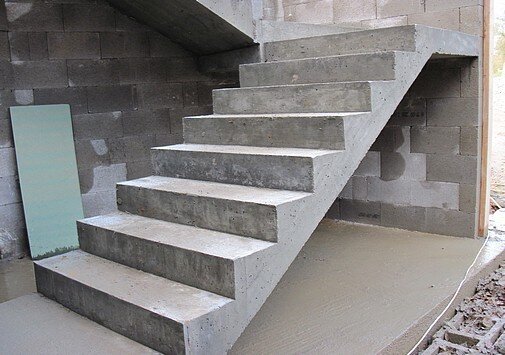 Staircases provide simple solutions for vertical circulation in a building. In this post, we are going to model a simple  staircase using finite element plates, and compare the answer with manual calculations in which we assume the staircase to be a simply supported beam. The aim of this post is to verify the results obtained from the different procedures, and give reinforced concrete designers a little idea about the results to expect from their assumptions.

Let us consider a section of a staircase with dimensions as shown below;

The 3D Model of the staircase is as given below;

(1) Modelling the staircase as 3D Plate with pinned-pinned supports

The static analysis of the structure gave the result below;

(2) Modelling the Staircase as 3D plate with pinned-roller support;

The analysis result gave the following;

(3) Modelling the staircase as a static 2D frame with pinned-pinned support;

The result is as given below;

(5) Modelling the staircase as a simply supported beam

To take care of this, let us modify the flight dimensions as follows;
Lf,m = Lf/cos ϕ
Where Lf is the horizontal span of flight,  Lf,m is the actual length of the flight, and ϕ is the angle of inclination of the flight.

This gave the result below;

We can see that is more comparable and conservative when compared with results from computer models. Therefore, for all simple staircases, we can use the developed length of the flight instead of the horizontal length to analyse the staircase as a simply supported beam. However when checking for deflection, we should use the horizontal length.

On the Design of RC Tension Columns