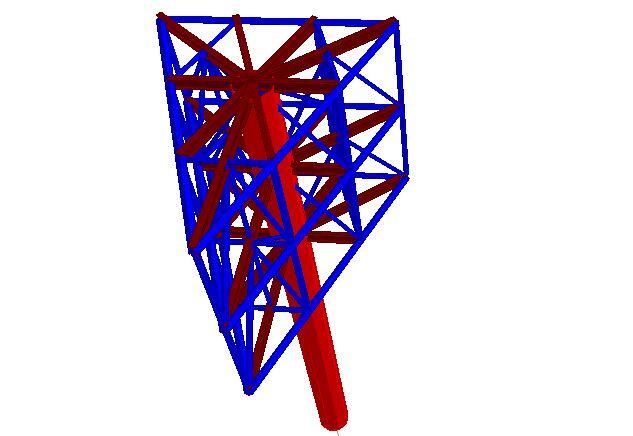 Billboards are large outdoor advertising structures that are found along highways and city centres. Due to their large size and flexibility for creative output, billboards are usually eye-catching and offer a viable solution to advertisers for maximum exposure to vehicular traffic along highways. Billboard advertisements can be digital, painted, or printed. Most billboards on our highways are usually one-sided, two-sided, or three-sided, and supported on a single column. This type of cantilever structure can have a large windward area which can lead to high internal stresses in the members. Wind force is the most critical action on billboards, and failure due to wind and hurricane has often been reported.

Other effects such as imperfection and p-delta will also need to be checked for the optimal performance of such structures under wind load.
The types of failure that billboards can experience are;

In this article, we are going to investigate the effect of wind on a three-sided highway billboard using Staad Pro software.

The members of the billboard are as follows

A rendered 3D view of the billboard is shown below.

The wind load analysis on the billboard has been carried out in accordance with ASCE-7-2002 using Staad Pro v8i software. The wind load information is as follows;

The wind pressure on the structure is shown below.

A little consideration of other analysis results showed that the sections provided are a bit uneconomical for the structure. The design and modelling can be readjusted accordingly.