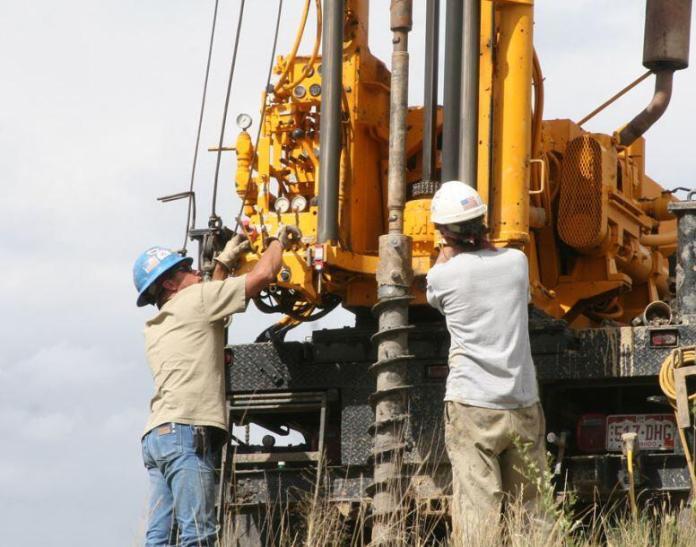 Soil is a complex and highly variable product of nature, and the extent of this variation is known in advance. As a result, site investigation is very necessary before the commencement of any construction project. According to BS 5930:1999+A2:2010, the extent of the ground investigation is determined by the character and variability of the ground and groundwater, the type of project and the amount and quality of existing information. It is usually important to know the depth that soil exploration should go, in order to determine all the parameters that will affect the behaviour of the soil/structure when the construction is completed. This will also guide the planning of the site investigation.

According to clause 12.7.1 of BS 5930:1999+A2:2010, the depth of exploration depends on how new building work significantly affects the ground and groundwater, or is affected by them. Therefore, exploration should be undertaken below all soil deposits that may be unsuitable for foundations purposes, e.g. made ground and weak compressible soils, including weak strata overlain by a layer of higher bearing capacity. The exploration should go through compressible cohesive soils likely to contribute significantly to the settlement of the proposed works, normally to a depth where stress increases cease to be significant, or deeper. If rock is found, a penetration of at least 3 m in more than one borehole may be required to establish whether bedrock or a boulder has been encountered, unless prior knowledge of the local geology obviates this.

The recommended depth of soil exploration for different construction purposes are therefore given below;

(a) Foundations for buildings

For the foundation of buildings and other structures, the depth of exploration should be at least 1.5 times the width of the loaded area, unless the imposed stress change becomes insignificant when compared with the strength and stiffness of the ground at a lesser depth, e.g. in strong rock.

For foundations near the surface, the loaded area is considered as either:

In each case, the depth should be measured below the base of the footing or raft.

For pile foundations, a preliminary analysis of the possible lengths of different types and sizes of pile should be made using the desk study information. In addition, the following factors should be taken into account when planning the depth of exploration.

(i) The depth of exploration should be sufficient to identify any weak strata beneath the pile points, which might affect the bearing capacity of the pile groups.
(ii) Fills and weak compressible soils rarely contribute to the shaft resistance of a pile and may add down drag to the load on it.
The whole pile load, possibly with the addition of down drag, has to be borne by the stronger strata lying below the weak materials
(iii) In the case of end-bearing piles in strong rock, boreholes should be of sufficient depth to establish conclusively the presence of rock head.
(iv) Pile-supported rafts on clays are often used solely to reduce settlement. In these cases, the depth of exploration is governed by the need to examine all strata that could contribute significantly to the settlement.
(v) In chalk and other weak rocks, the exploration should be taken to the base of the weathered materials and to a sufficient depth
into the unweathered rock to prove its continuity.

For embankments, the depth of the exploration should be sufficient to check possible shear failure through the foundation strata and to assess the likely amount of any settlement due to compressible strata. In the case of water-retaining embankments, investigation should explore all strata through which piping could be initiated or significant seepage occur.

For cuttings, quarries and opencast mines, the depth of exploration should be sufficient to permit assessment of the stability of the future slopes; this may require proving the full depth of any relatively weak strata. Groundwater conditions, including the possibility of artesian water, should also be determined.

For roads and airfields, the depth of exploration should be sufficient to determine the strength and frost susceptibility of possible subgrades and the drainage conditions. Exploration to a depth 2 m to 3 m below the proposed formation level is probably sufficient in most cases. A greater depth may be needed where a road is to pass over a shrinkable subgrade through a heavily vegetated area.

For small, shallow pipelines, it is frequently sufficient to take exploration to 1 m below the invert level. For deeper pipelines the depth of exploration should be sufficient to enable dewatering and to allow any likely difficulties in excavating trenches and supporting the pipelines to be investigated. This means that a depth of at least 1 m to 2 m below the invert level may be advisable. Large pipelines, especially those in ground of low bearing capacity, require special consideration.

It is not always necessary that every exploration should be taken to the depths recommended. In many instances, it is adequate
if one or more boreholes are taken to those depths in the early stages of the field work to establish the general ground profile, and then the remainder sunk a little higher to explore more thoroughly the zone near the surface which the initial exploration had shown to be most relevant to the problem in hand.