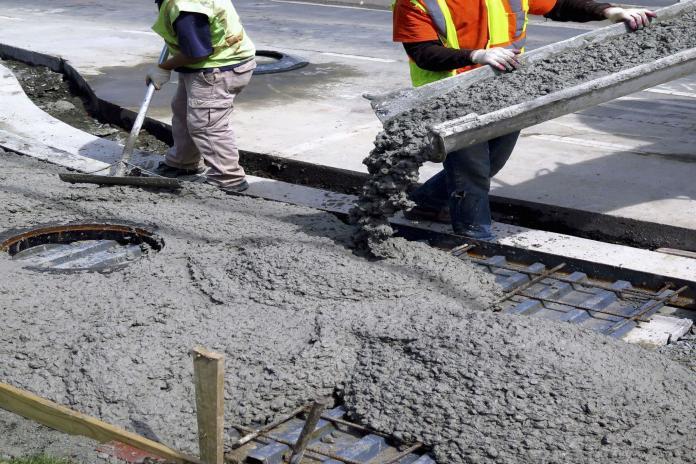 Materials that are added to a concrete mix aside from the basic ingredients (cement, water, and aggregates) are generally referred to as admixtures. The addition of these substances which are usually in liquid or powder form helps achieve some special effects in the concrete either in the fresh or hardened state.

In concrete, admixtures are usually categorised under ‘chemical‘ and ‘mineral‘ admixtures.

Chemical admixtures are inorganic substances that are added in concrete just before or during mixing, in addition to cement, water, and aggregate. They usually fall under categories such as superplasticizers, air-entraining admixtures, accelerating admixtures, etc.

Admixtures are largely used by producers to minimize the cost of concrete construction, adjust the properties of hardened concrete, ensure the quality of concrete during mixing, transportation, placement, and curing, and overcome certain problems during concrete operations. In the United States of America, the specification for chemical admixtures is covered by ASTM C494/C494M-08. In Europe, BS EN 934-2 covers the definitions, requirements, conformity, marking, and labelling of admixtures for concrete.

The type and amount of cement used, as well as the water content, slump, mixing time, air temperature, and concrete temperatures, all influence the efficiency of an additive. Furthermore, when the water-cement ratio is reduced, more cement is added, a new type of cement is used, or the aggregate and aggregate gradation are changed, the effects are sometimes comparable to those achieved by adding admixtures.

The most common types of concrete admixtures are listed below;

(a) Admixtures that improve the performance of fresh concrete mixes

(b) Admixtures that modify concrete setting time and hardening performance

(d) Admixtures that adjust the air content of concrete

When ordinary water reducing agent is added to concrete, it can achieve the desired slump even if the water-cement ratio is lower than normal. It normally reduces the amount of water used in the concrete mixture by around 5% to 10%. As a result, when compared to untreated concrete, concrete containing normal water-reducing admixture uses less water to create the desired consistency.

Furthermore, the water ash content of the treated concrete is low. This usually means that higher-strength concrete may be made without adding more cement to the mix. A wood grade salt (calcium or sodium) of the series is a commonly used ordinary water-reducing agent.

Superplasticizer is a high-efficiency water-reducing admixture, that is usually classified under high-range water-reducing agent (HRWR). This admixture can lower water content by 12-30% and can be used to manufacture high slump concrete from low water-cement ratio concrete mix. The use of superplasticizers serves two purposes. One is to make high-strength concrete with a slump of 175 to 225 mm, which is used for heavily reinforced concrete structures where sufficient consolidation cannot be achieved readily by vibration; the other is to make high-strength concrete with a water/cement ratio of 0.3 to 0.4.

Water-reducing admixtures have been shown in studies to increase the workability of concrete for most types of cement. However, slump loss is a significant issue when utilizing superplasticizers in concrete. The superplasticizer effect lasts 30 to 60 minutes, depending on the brand and dosing rate, before rapidly deteriorating function. Because of the slump loss, a superplasticizer is frequently added to the concrete on the job site.

To alter the air content and apparent density of concrete, gas-forming admixtures can be used to produce a high number of confined bubbles through a chemical reaction in the concrete. This procedure can also be adopted in the production of light-weight concrete. Gas forming admixtures can improve the performance of new concrete while reducing bleeding and segregation.

Furthermore, aerated concrete provides greater freeze-thaw endurance because entrained air bubbles function as a physical buffer to prevent cracking produced by stress generated by an increase in water volume at freezing temperatures. They also improve the resistance of concrete to severe frost or freeze-thaw cycles. Almost all concrete admixtures are compatible with gas-forming admixtures.

The bubble diameter ranges from 0.02 to 1.0 mm, with the majority being less than 0.2 mm. The process is that the air-entraining agent can reduce the surface tension of the concrete by acting on the air-liquid interface, resulting in stable and fine closed pores. Small air bubbles encased in each other in the mixture can act as balls, reducing friction between the particles and improving the fluidity of the concrete. Water consumption can be lowered if the fluidity remains constant. In general, every 1% increase in air content reduces water demand by 6% to 10%.

On the other hand, the water absorption rate is reduced as a result of the reduced connecting capillaries, and the internal water pressure created by the freezing of water can be buffered, considerably enhancing frost resistance. Rosin thermopolymer resin and polyether alkyl sulfonates are the most often used air entrainers.

Pumping admixture is normally added to a concrete mixture that is to be pumped through a delivery conduit that is smooth, has no obstruction, has no performance segregation, and is made of good plastic material. A fluidizing agent is a type of pumping agent. It can not only considerably improve the fluidity of the combination, but it can also keep it fluid for 60 to 180 minutes, with the remaining slump not falling below the original 55 percent. It’s also not a retarder, and the retarding time shouldn’t be more than 120 minutes (except for special circumstances).

A set retarder is an additive that can extend the time it takes for concrete to set in the initial and final stages. High temperatures cause the pace of hardening to accelerate, making placement and finishing more challenging. The retarder makes the concrete workable during installation and delays the concrete’s first setting. The additive is used to slow down the chemical reaction that happens while the concrete hardens. These concrete admixtures can generally delay the rate of concrete setting and counteract the effects of high temperatures on the setting of concrete.

The use of curing retarding admixtures in concrete pavement construction allows for more time for repairs, lowers the expense of constructing a new concrete mixing plant on the job site, and aids in the elimination of cold joints in the concrete. Phosphoric acid, phosphate, metaphosphate, zinc salt, borax, silicofluoride, sodium sulfite, ferrous sulfate, iron, copper, zinc, cadmium sulfate, and some oxides are examples of inorganic retarders.

Concrete accelerator is an admixture that allows concrete to set and harden quickly without compromising its long-term strength. Shotcrete and fast plugging materials require it as an additive. Tunnels, basements, slopes, and other construction auxiliary structural measures such as structural reinforcement, anti-cracking, and anti-seepage engineering have all made extensive use of it.

The impermeability and waterproof function of concrete can be considerably improved by a concrete waterproofing admixture, and the impermeability level can approach P25 or higher. At the same time, it has retarding, early strength, water reduction, and fracture resistance properties, as well as the ability to improve the workability of fresh mortar: it can be used in place of lime paste. It is particularly well suited to concrete for concrete roofs, water tanks and swimming pools, large-volume waterproof concrete, hydraulic concrete, waterproof mortar, and other similar applications. It is capable of totally resolving roof leaks, wall wetness, ground water seepage, and other issues.

Concrete products can be colored artificially. Concrete with toner is a method of making concrete that is non-toxic, odorless, and harmless to the human body, as well as weathering and UV resistance, color stability. Red, green, yellow, black, and blue are basic colors, as well as other unique color palettes. Other colors necessary for self-preparation by the agent are simple to apply and have no effect on the mechanical qualities of concrete products.

An expansion agent is a type of admixture that allows concrete to expand in volume. The goal of adding an expansion agent is to compensate for the concrete’s drying shrinkage, autogenous shrinkage, and temperature deformation. This can prevent cracking and increase the concrete’s compactness and waterproof performance. Expansion agents are now being used in a growing number of building projects, including basement floor and side wall concrete, steel tube concrete, super long structure concrete, waterproof concrete projects, and so on.