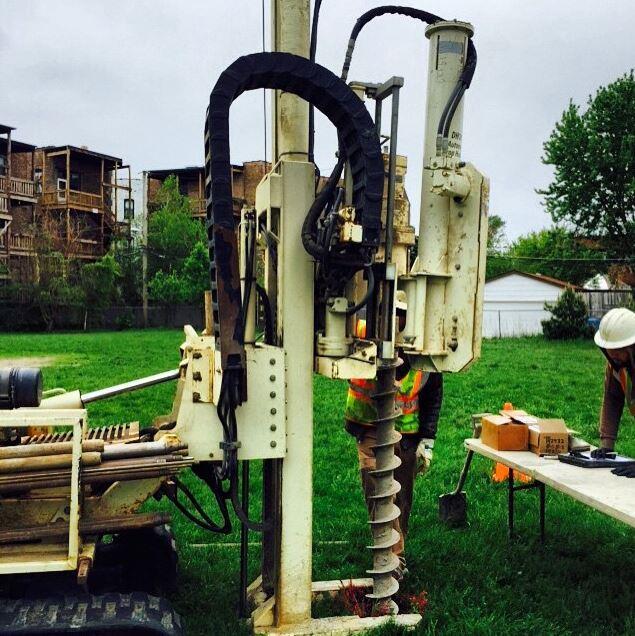 The entire area of a project site cannot be fully explored for site investigation due to logistical and financial constraints. To provide enough information for the design and construction of the foundation of a building or highway, the geotechnical engineering consultants must make good decisions about the location, number, and depth of borings for soil investigation. The zone of soil that will be affected by the structural loads should be covered by the number and depth of borings. There are no fixed guidelines to adhere to.

More often, the number and depths of borings are governed by experience based on the geological nature of the ground, the importance of the structure, the structural loads, and the availability of equipment. The minimum number and depth of borings may be specified by building regulations and regulatory authorities in the local area.

Whenever possible, boreholes should always be dug close to the intended foundation location. Where the bearing stratum’s depth is uneven, this is crucial. The boreholes should be precisely positioned in relation to the proposed structures, both in terms of level and location.

A grid of holes that are evenly spaced serves as an appropriate design of boreholes when the layout of the structures has not been established at the time the soil investigation is being conducted. It is feasible to use a grid of boreholes with in-situ probes of some kind, such as dynamic or static cone penetration tests, spaced more closely apart within the borehole grid for large areas. EC 7 recommends, for category 2 investigations, that the exploration points forming the grid should normally be at a mutual spacing of 20 — 40 m.

A challenging issue that is intimately related to the relative costs of the soil  investigation and the project for which it is done is the necessary number of boreholes that must be sunk at any specific place. Normally, as more boreholes are drilled, more information about the soil conditions becomes available, allowing for more efficiency in the foundation design. Additionally, the likelihood of encountering unforeseen or challenging soil conditions, which would significantly raise the cost of the foundation work, decreases over time.

An economic limit, however, is reached when the cost of borings outweighs any savings in foundation cost and merely drives up the project’s overall cost. In order to determine the true dip of the strata, it is recommended that at least two and ideally three boreholes be drilled for all but the smallest structures. However, inaccurate assumptions about stratification can still be made.

However, it is very important that the number of boreholes be sufficient to detect any variances in the soil of the site. If the loads placements (such as column footing positions) on the structure’s footprint are known (which is frequently not the case), you should think about drilling at least one borehole where the heaviest load is.

The depth to which boreholes should be sunk is governed by the depth of soil affected by foundation bearing pressures. The vertical stress on the soil at a depth of one and a half times the width of the loaded area is still one-fifth of the applied vertical stress at foundation level, and the shear stress at this depth is still appreciable. Thus, borings in soil should always be taken to a depth of at least one to three times the width of the loaded area.

The borings are relatively shallow for narrow, widely spaced strip or pad foundations, but for big raft foundations, the borings must be deep unless rock is present within the required depth. When strip or pad footings are placed closely together, the pressure zones overlap, and the entire loaded region effectively becomes a raft foundation with correspondingly deep borings. To cover the zones of soil affected by loading transmitted through the piles in the case of piled foundations, the ground should be studied below the pile-point level.

EC 7 recommends a depth of five shaft diameters below the expected toe level. It is usual to assume that a large piled area in uniform soil behaves as a raft foundation with the equivalent raft at a depth of two-thirds of the length of the piles.

Some general guidance on the depth of boreholes is provided in the following:

The recommended guidelines for the number and depth of borings for common civil engineering structures are provided below;

Minimum number of boreholes
1, but generally boreholes are placed at node points along grids of sizes varying from 15 x 15m to 40 x 40 m

Minimum depth
5 m or 1B to 3B, where B is the width of the foundation

Minimum Number of Boreholes
1 boring, but generally boreholes are placed at node points along grids of sizes varying from 15 x 15m to 40 x 40 m

Minimum Depth of Boring
25m to 30m;
If bedrock is encountered, drill 3m into it

Minimum Depth of Boring
25m to 30m;
If bedrock is encountered, drill 3m into it

Minimum Depth of Boring
1 to 2 times the height of the wall. For walls located on bedrock, drill 3m into the bedrock

Minimum Number of Boreholes
Along length of slope: 1 every 60 m;
if the soil does not vary significantly, 1 every 120 m
On slope: 3

Minimum Number of Borings
1 every 60 m;
if the soil does not vary significantly, 1 every 120 m